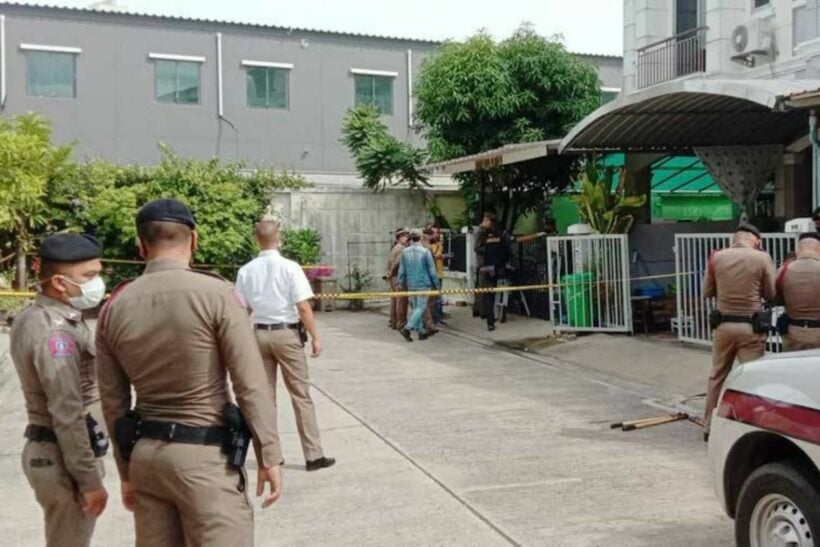 Bangkok police found 5 family members, including a 9 year old boy, shot dead inside a Suksawat home this morning. Police suspect the incident was a murder suicide, or even a multiple suicide.

Neighbours say they heard several gunshots coming from the house and called the police. Officers from the Thun Khru police station found 3 men, a woman and a 9 year old boy dead on the floor in pools of blood. They say one of the men had a pistol in his hand.

The family worked together trading auto parts and police say the man holding the gun was the owner of the company. Police say they have “no idea” what the motive could be behind the killings or possible suicides. They are still investigating.