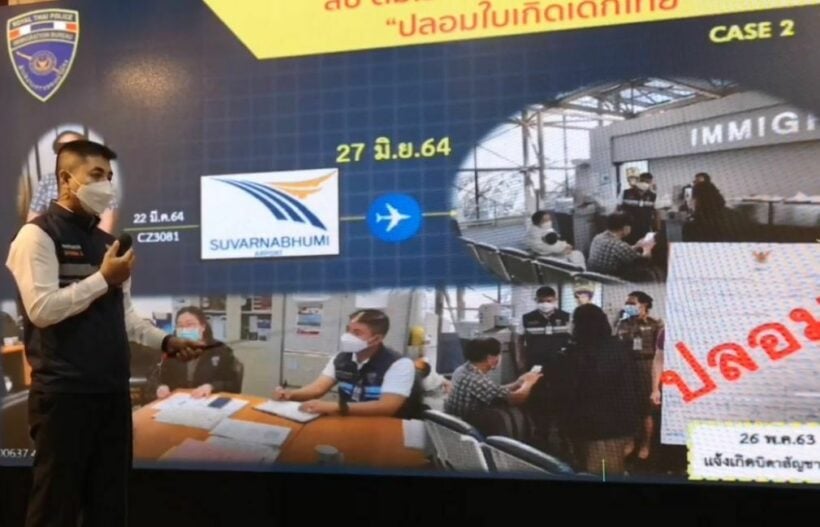 Police are investigating a suspected illegal surrogacy operation after 2 Chinese nationals were stopped at a Bangkok airport as they were attempting to leave the country with 2 baby boys. Police say they seized fake birth certificates.

The Chinese nationals were at the Suvarnabhumi Airport with the 6 month old and 1 year old boys. Airport officers stopped and checked the birth certificates. Officers say the certificates were fake and that the children have Thai parents.

Earlier this year, Thailand’s Cyber Crime Investigation Bureau busted an alleged illegal transnational surrogacy ring where Thai women would be paid to give birth to children for buyers outside of the country. Investigators say social media posts promised the Thai women more than 500,000 baht to bear children for parents overseas. The women would travel to Cambodia for an embryo transfer. Due to travel restrictions, the surrogate mothers have been unable to deliver the children overseas and have given birth in Thailand instead.

In a surrogacy scandal busted last year, several doctors were charged with alleged involvement with illegal commercial surrogacy where Thai women carried babies for buyers in China. Thai women would go to Laos for the embryo transfer, return to Thailand for the pregnancy and travel to China to give birth. Police said they suspect the ring was funded by Chinese nationals. Reports say the operation started in 2012 and more than 100 women had been recruited as surrogates since then.

Government urged to get mRNA vaccines over Sinovac