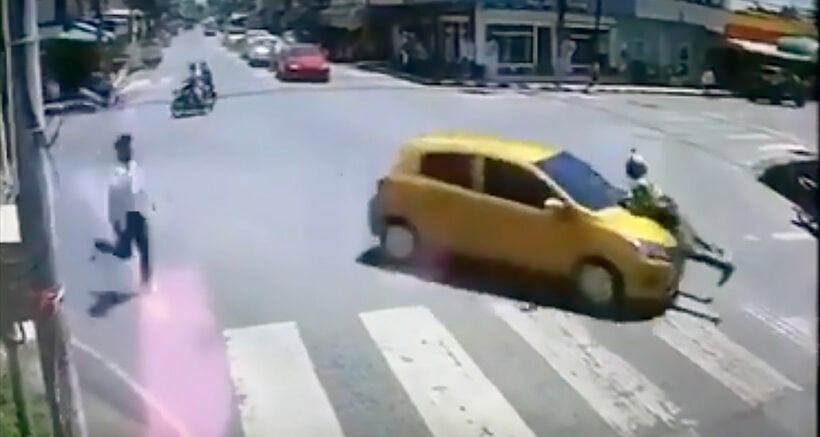 In a follow-up to a story previously reported in The Thaiger, police in the southern province of Nakhon Si Thammarat are charging the driver of a Mitsubishi Mirage with attempted murder after he ran into a policeman, then sped off with the officer still clinging to the hood of his car. The officer held on for dear life as the speeding vehicle kept driving for 2 kilometres.

Police yesterday pressed charges against 29 year old Pongsakorn Nurueang, after he was arrested at his girlfriend’s parents’ home. He is also charged with reckless driving and obstructing an officer in the execution of his duty. 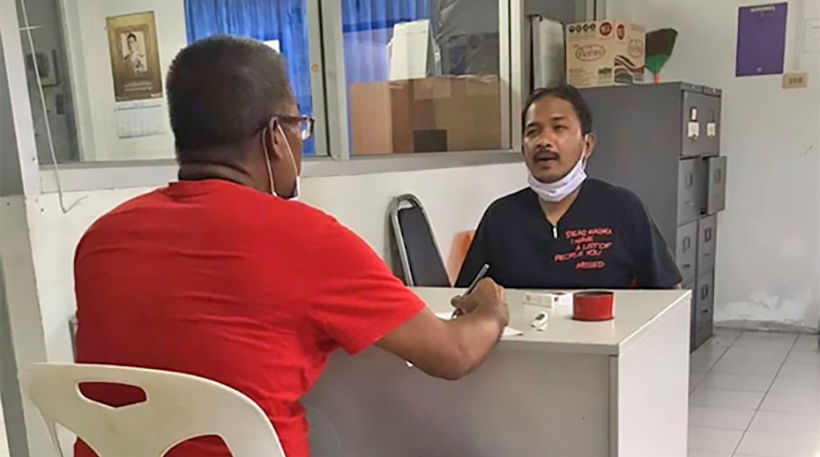 Pongsakorn allegedly drove off from a stop with officer Montri Nitichai sprawled across the hood of his Mitsubishi in Tha Sala district on Wednesday. The incident was captured on surveillance cameras and seen by many shocked witnesses.

Montri had approached the car after it bumped into the rear of his motorcycle, which was stopped at a traffic light.

The car then carried the policeman, allegedly at speeds of up to 100 kilometres per hour, for about two kilometres, before stopping suddenly, flinging him onto the ground.

Police say Pongsakorn denies trying to run the policeman down.

Pongsakorn says the bump his car gave Montri’s motorcycle happened as he bent down from the driver’s seat to pick up his fallen mobile phone, according to the Bangkok Post.

He then panicked because he had a bottle of illicit krathom beverage in his possession.

Police found Pongsakorn’s car parked in a mangosteen orchard at his girlfriend’s parents’ home when they traced and arrested him on Thursday.