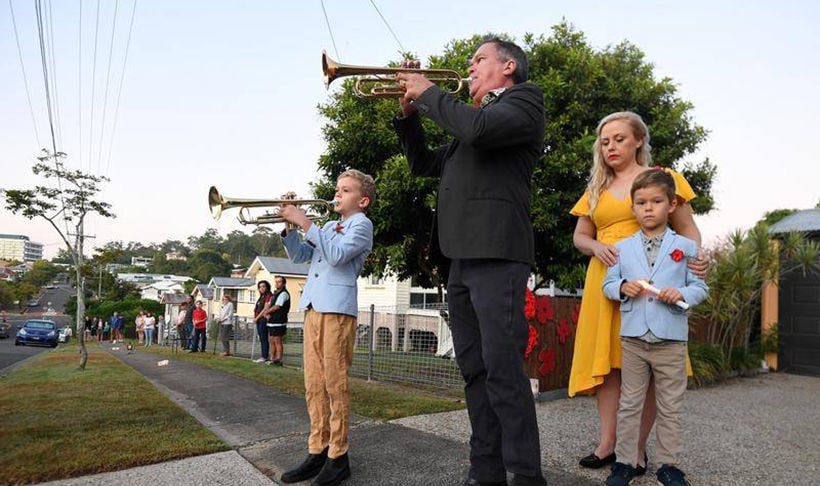 Australians and New Zealanders have stood outside their homes at dawn this morning to mark the annual ANZAC Day. This year’s tributes and salutes to the fallen who have served their countries at war have been from a distance. A new generation stood quietly at the entrance to their homes, in some cases wearing the medals of their relatives that served, to join in the 104 year tradition.

The national day of remembrance has become, certainly in the case of Australians, the most important day of commemoration and still attracts crowds for community parades and dawn services. ANZAC Day commemorates the landing of the Australian and New Zealand Army Corps (ANZAC) at Gallipoli, in Turkey, during World War I in 1915.

Whilst the ‘Diggers’, the original Aussie and Kiwi soldiers that served in the Gallipoli campaign, are long since passed, the spirit continues. Indeed the popularity of the day, and the message, has found a new voice in the last couple of decades in new generations.

Its original commemoration and thanks to the Diggers that served in the fateful Gallipoli campaign has now morphed into something that reaches the newer generations. The day now broadly commemorates all Australians and New Zealanders “who served and died in all wars, conflicts, and peacekeeping operations” and “the contribution and suffering of all those who have served”.

Of course the traditional dawn services, gatherings and parades were cancelled last month along with the bans on restrictions on gatherings around the two countries. But, instead, people were urged to hold a candle in their driveways and live stream their personal services.

NZ PM Jacinda Ardern had already acknowledged the disappointment in the ceremonies being cancelled for the first time in history.

“But that doesn’t mean we can’t show our support as a collective. As dawn breaks, we can stand at the end of those driveways, together in silence and pay tribute to those we should never forget.”

Australia’s PM Scott Morrison attended a closed dawn ceremony at the Australian War Memorial in Canberra, which began at 6am and was broadcast nationally. Channel 9 covered the morning’s commemorations across the nation.

Usually, huge crowds gather at war memorials and community halls each year to attend dawn services But the home-bound tributes, no less significant or moving, included musicians playing the Last Post in suburban streets, while others shared pictures of poppy wreaths online and baked ANZAC biscuits (cookies) at home.

“ANZAC biscuits have long been associated with the ANZACs, a tradition established in World War I. It has been claimed that biscuits were sent by wives and women’s groups to soldiers abroad because the ingredients do not spoil easily and the biscuits kept well during naval transportation. They are a chewy treat made from oats, flour, butter and golden syrup.”

The Australia’s veterans group, the Returned Services League, encouraged “diggers”, now used broadly to describe service men and women, to call each other in lieu of the traditional marches and parades.

The two nation’s usually stage a joint ANZAC Day services at Gallipoli in Turkey, often a pilgrimage for many citizens, but these were also cancelled after travel bans made the grand service impossible. Once wartime foes, the Turks, Aussies and Kiwis now share a special bond, forged in war but remembered as a sacrifice of common people caught up in the tragedy of war. 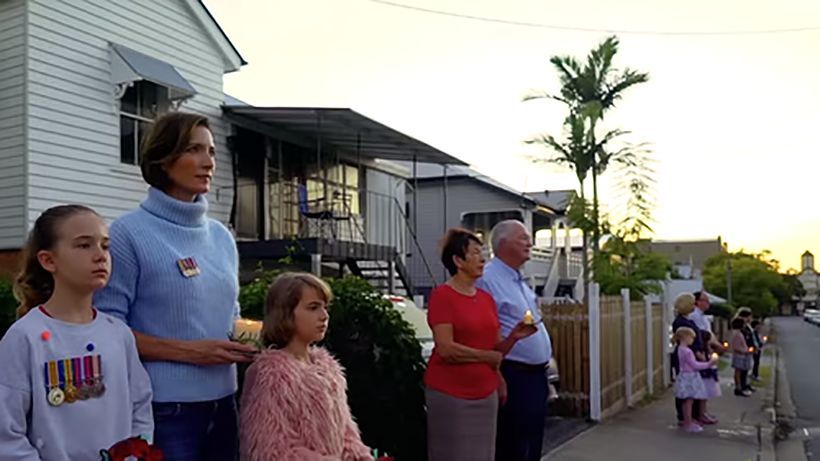