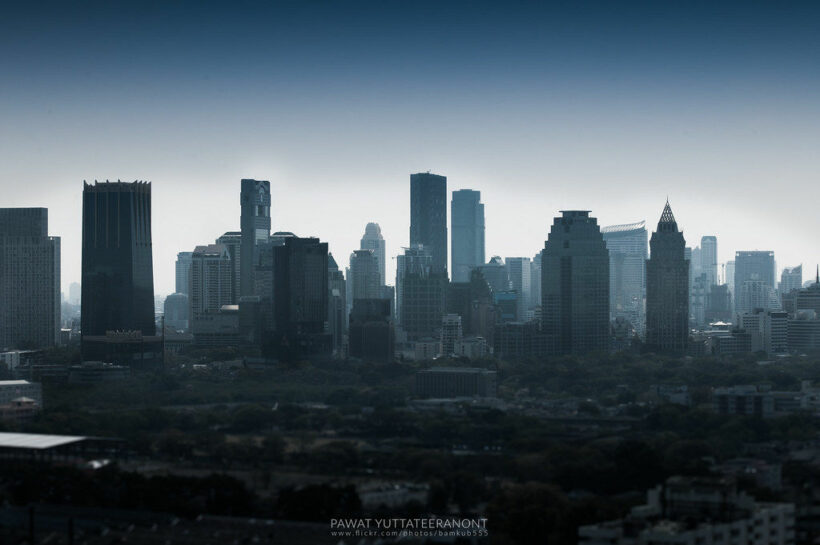 Unfortunately 3 people are reported to have jumped to their deaths yesterday, 2 in Bangkok and a third in Sara Buri, about 90 kilometres to the northeast. It’s believed the man jumped to his death from his 31st floor condominium in Ramkhamhaeng district at about 8:30 yesterday morning.

The body of the man, who was not identified and who appeared to be 40-45 years old, was found on the 6th floor in what appears to be the latest in a spate of suicides due to the the Covid-19 crisis. Police are checking surveillance footage and suspect the man was driven to kill himself after suffering stress during the pandemic and lockdown, a pattern seen in a string of suicide cases across the country. 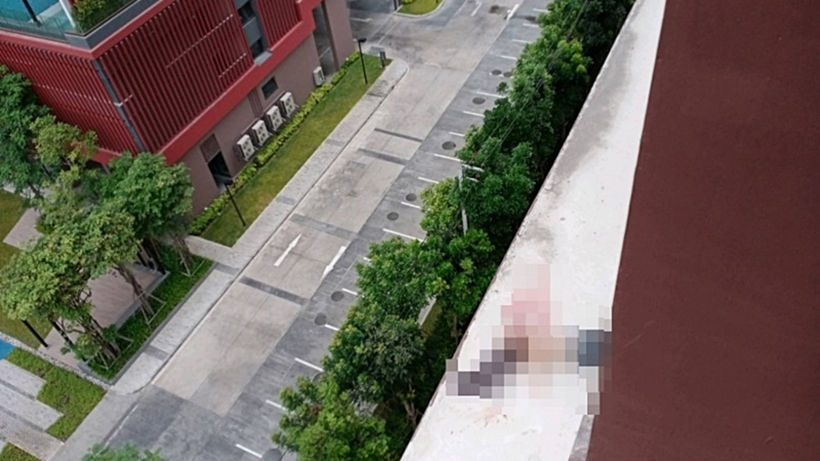 In the second case, a woman fell to her death from the elevated Tha Phra MRT Station in Bangkok’s Yai district at 9am yesterday. Police and rescue workers arrived at the scene to find the body of a 43 year old woman, who they did not identify, with a massive head injury, lying in a pool of blood on the pavement below the station. No belongings were missing from the body.

Witnesses on the station said they saw the woman behaving strangely before walking to the edge of the station and jumping. Her sister told police the woman had suffered depression for at least two years since their father passed away.

Police collected evidence and sought footage from surveillance cameras around the station to verify how the incident happened. The body was sent for autopsy. 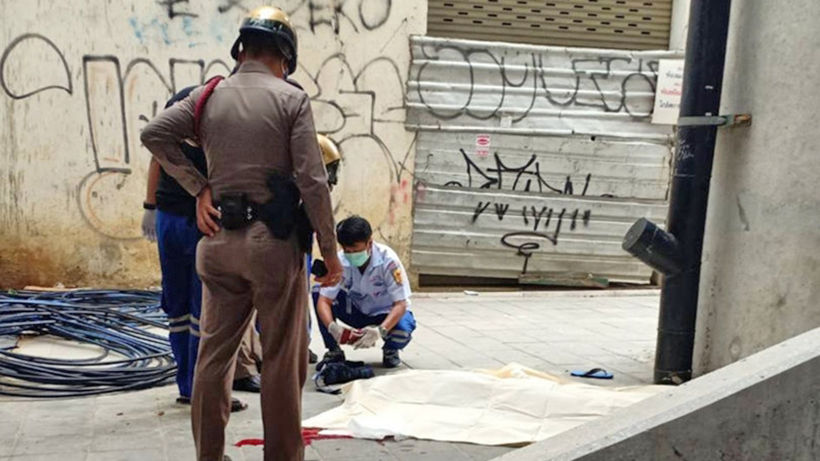 In the third case, 42 year old Natna Phoolrod of Sara Buri, a security guard at a department store, was found by police at about 6am yesterday. Colleagues say he complained of family problems last night before quitting work, after which they assumed he’d gone home. Instead he climbed onto a signboard at the mall where he worked and leapt 40-50 metres to his death. 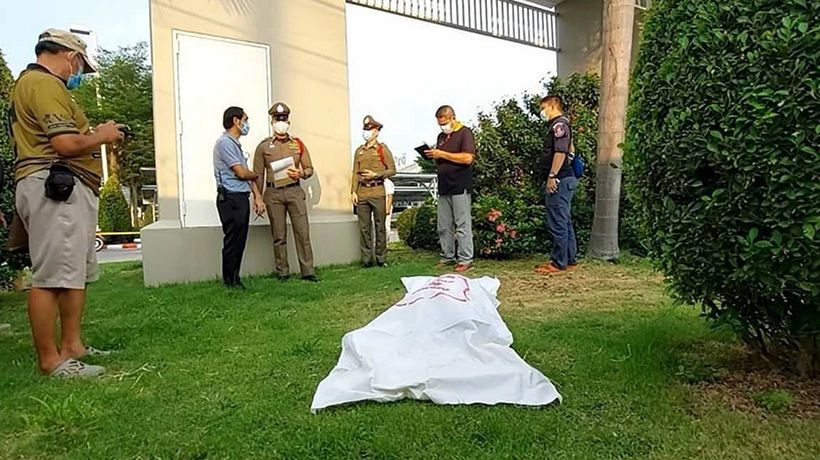 If you or anyone you know is in emotional distress, please contact the Samaritans of Thailand 24-hour hotline: 02 713 6791 (English), 02 713 6793 (Thai) or the Thai Mental Health Hotline at 1323 (Thai). Please also contact your friends or relatives at this time if you have feelings of loneliness, stress or depression. Seek help.