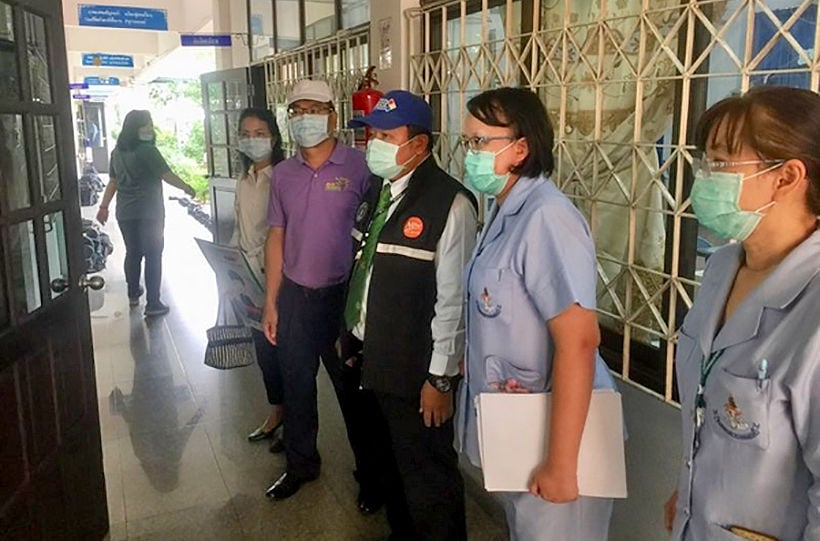 Three worrying new Thailand coronavirus cases are being reported as coming from the same family. A 65 year old man, the grandfather in the family, had returned from Japan with his wife but didn’t disclose his situation or travel history to health workers when he took himself to hospital with a fever.  The grandfather tested positive and his workplace, B.Care Medical Centre in Bangkok’s Sai Mai district, has been closed down. The grandson, who is also confirmed as being infected by the virus, potentially infected 50 children in his classroom and possibly more at his school.

Officials quizzed and tested 30 students and 11 teachers at Phraharuthai Donmuang School in Bangkok’s Don Meuang district who had had contact with the man’s grandchild. They were advised to quarantine themselves at home for 14 days. The school’s other 100 students were asked to avoid public activities and crowded places.

Meanwhile the Thai health ministry is asking Thai people not to be tempted by cheap flights “but travel within Thailand instead”. The spokesman claims “that a cheap holiday could turn into an expensive problem”. He said at-risk countries include China, Macau, Hong Kong, Taiwan, South Korea, Singapore, Italy, Iran & Japan.

And TMB Thanachart bank is confirming this afternoon that a family member of an employee of the Don Mueang branch has tested positive for coronavirus. The bank says the branch is closed for disinfecting “because the grandfather’s son works there”. The son is also now in self-quarantine, according to The Nation and The Nation.

(In this latest update there are confusing alternative reports which have reported the grandson as a granddaughter, and various branches of banks included in the reports. The Thaiger will try and clarify the confusion as soon as possible.)

Two new coronavirus (Covid-19) cases have been confirmed in Thailand, bringing the total number of cases to 37. Of these, 22 have made full recoveries. The new cases are a 31 year old woman whose relative had visited Guangzhou, China, and a 29 year old driver who chauffeured Chinese tourists.

Sukhum Kanchanapimai, permanent secretary for public health, says the woman is a maid and was initially diagnosed with pneumonia of unknown cause. Later, doctors learned she had a relative who’d returned from Guangzhou. She is now being treated at Rajavithi Hospital.

The man showed up with fever and a cough after being in close contact with Chinese tourists, and was admitted to Bamrasnaradura Infectious Diseases Institute in Nontha Buri province just west of Bangkok. Health officials are investigating whether friends and family of the patients are also infected.

“We found more confirmed cases because the Public Health Ministry improved its surveillance on February 18, increasing the number of countries, visitors and provinces under close watch.”

The good news, Sukhum says, is that another coronavirus patient has fully recovered and been discharged in Krabi. The patient was a 32 year old Chinese woman who had landed in Bangkok before Wuhan airport was locked down. He said that of the 37 confirmed cases, 22 (60%) have been discharged, 12 of whom were Thai.

1,580 patients have so far been “under investigation.” Of these, 1,160 were diagnosed with influenza and discharged under monitoring. The other 420 remain in hospital.