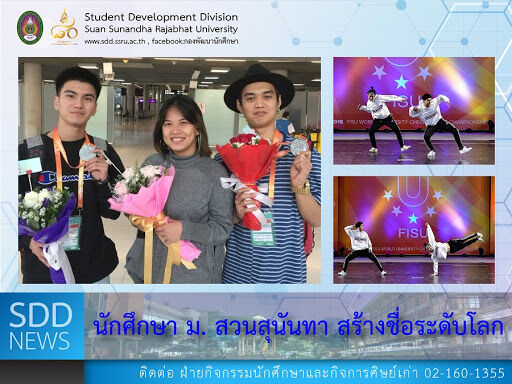 3 young men are being summonsed in connection with the assault of Nopparat Boonrat, a world-renowned dancer and Buri Ram native. Buri Ram is a north eastern province. The men, aged 20-23, whose names have been withheld at this stage, are accused of severely injuring Nopparat last Wednesday night at a restaurant in Lahan Sai district in this northeastern province.

Police say 2 of the 3 suspects were just released from jail after committing drug offenses when they joined a group of men in attacking the man while he was eating at the restaurant with his elder brother. He was reportedly kicked, punched and hit in the head many times with bottles and a chair, leaving his skull cracked.

Nopparat was admitted to Buri Ram Hospital, where he underwent brain scans. Doctors say he was able to speak and eat but was suffering from a ‘bad headache’.

His mother, 40 year old Kanchana Puwonpa, told police that Nopparat returned from Bangkok to visit his family and she did not know why he was assaulted by strangers and was worried that her son may never be able to dance again.

Nopparat is a University of the Thai Chamber of Commerce student and was the first runner-up in the Hip Hop Doubles competition at FISU World University Cheerleading Championship in Poland in 2018. He has previously performed dance routines for many famous singers.