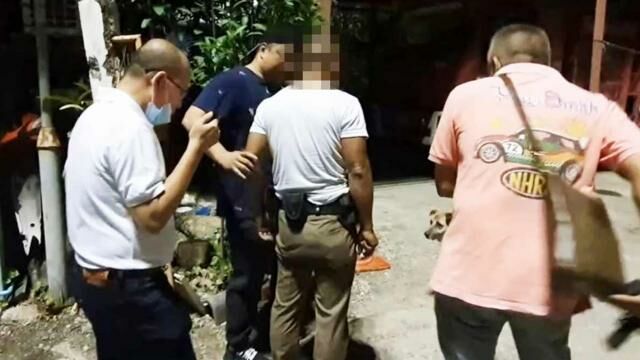 The Samut Prakan police chief fired 2 officers for allegedly planting methamphetamine pills on a woman and extorting her for 25,000 baht, then later demanding sex. The sacked police officers may also face criminal charges.

The 34 year old woman sought help from the “Help Crime Victim Club,” claiming that the 2 police officers in Samut Prakan, a province just southeast of Bangkok, searched her at a police booth and planted 2 methamphetamine pills on her, known as “ya ba” which is Thai for “crazy drug.”

A 51 year old senior police sergeant, named by Thai media as Wongchaiyaphat, allegedly demanded the woman pay a 50,000 baht bribe to avoid arrest. The woman says she was able to bring down the bribe to 25,000 baht. She claims that the sergeant later called her and demanded sex, saying he would arrest her if she couldn’t find someone to satisfy him.

Provincial police chief Chumphon Phumphuang transferred both Wongchaiyaphat and another sergeant allegedly involved in the case during an investigation into the woman’s claims. Yesterday, he fired both of the officers. Criminal charges may follow.

Possibility of an “end of year travel boost” has been shattered