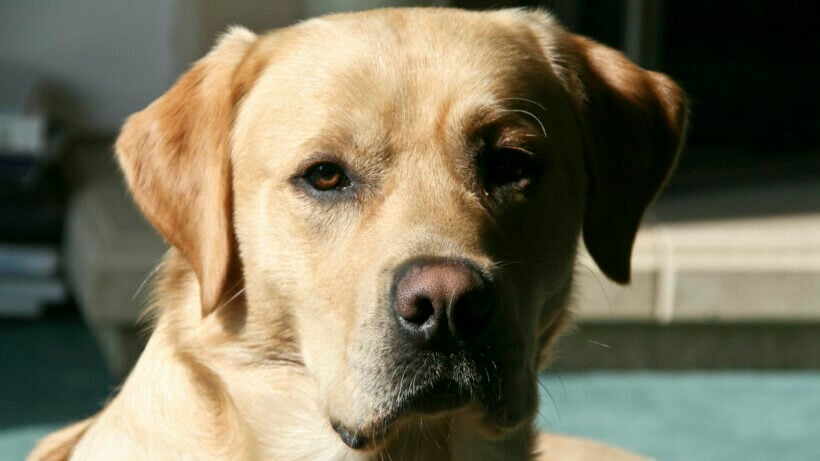 2 dogs have been discovered dead in Pattaya, a city in Chon Buri. The owner of the dogs suspects they were poisoned. The dogs, a golden Labrador about 8 months old, and a pit bull about 5 months old were found dead in front of a house in Nongprue.

Residents discovered the dogs foaming at their mouths and seemingly immobile. The same residents that found the dogs say they also found a bag full of bluish chemicals and fresh meat close by. 21 year old Nawin Pmee Khun, the dog’s owner and local boxer, lodged a formal complaint with police over the matter. Nawin says anyone that would kill a dog is evil and must be brought to justice.

“I have raised both of these dogs since they were babies. They never harmed or bit anyone. However, they did like to bark at strangers and were protective of our property and anyone around the area. Regardless, that is not a reason to harm an animal”, Nawin told the Pattaya News.

Another dog, belonging to a different owner, was also allegedly poisoned but was saved due to the intervention of health officials. Nawin and other residents claim that dogs have been poisoned before in their neighbourhood. The locals say motorcycle thieves may have killed the dogs to prevent them from barking and alerting the owners to their motorcycles being stolen. Pattaya police are investigating the incident.

Benroon
1 hour ago, Cathat said: So anybody walking after dark is up to no good and dangerous according to you. What a ridiculous statement. If you are worried about security on  your property install a security camera. If I'm a…

gummy
1 minute ago, Sawarot said: The liquid has a very sweet taste, making it irresistible to dogs.  Well I never realised that. Apart from the Austrians mixing it with wine a few decades ago I never really gave it a…
Sawarot
3 minutes ago, Benroon said: Go back and read your own post, dwell on the 'sweet sweet coolant' comment - rational ?  I did. It's a rational argument, but lacking in empathy. The dogs ate something they weren't supposed to…