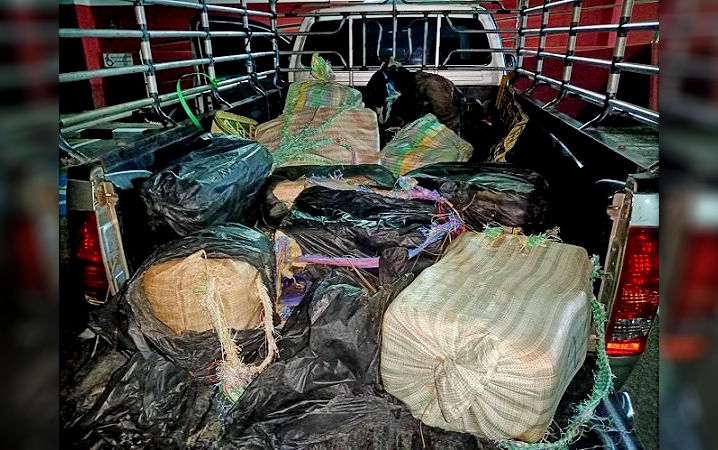 Another big delivery of methamphetamine pills has been intercepted in Chiang Mai. This time the couriers were both female.

Rangers from the Pha Muang Task Force intercepted 2.5 million methamphetamine pills and arrested two females in a pick-up truck that broke through a checkpoint in the Mae Ai district early yesterday.

As officers presented themselves to request a vehicle search, the sack-loaded truck sped away, with rangers in hot pursuit until they caught up with it near the Pa Bong Market in Fang district.

Officers found 2.5 million methamphetamine pills in 25 sacks on the truck and arrested the driver and passenger – 40 year old Nati Jatae and 33 year old Marisa Nepi. Both women reportedly confessed to having been hired by an unnamed person via phone instructions to deliver the illicit drugs.

For this trip, they were told to transport pills to Chai Prakan district in exchange for 900,000 baht and had already destroyed their cell phones so that police couldn’t trace their contact.