100 baht bank notes commemorating the Royal Coronation Ceremony of 2019, have reportedly raised concerns of people mistaking them for the usual 1,000 baht bank notes, due to their similar colours. The new bank notes, sport a slightly more gold hue, instead of the regular red/brown colour used for 100 baht notes, and feature a vertical orientation.

The notes, issued by the Bank of Thailand, depict His Majesty the King on the front, while the back shows images of the coronation ceremony. The set includes both 100 and 1,000 baht denominations with the smaller notes being able to be withdrawn from select ATM machines nationwide. The 1,000 baht notes can be exchanged at all commercial banks in addition to the 100 baht notes.

Previously, the bank notes featured the much-revered and one of the longest-reigning Kings in world history, King Bhumibol Adulyadej. King Bhumibol died at 88 years old in 2016, which set off a year-long mourning in the kingdom.

Now, bank notes have been converted to depict the new king, King Maha Vajiralongkorn, who was the only successor to the throne after the beloved Bhumibol passed away.

More recently, anti-government protests have taken place in Bangkok and nationwide, demanding a rewrite of the country’s constitution, and for the PM, who is closely linked with the monarchy, to step down.

So far, PM Prayut has declared that there won’t be another coup, but the political situation has been rocky as protesters have stepped it up, with some refusing to follow Thailand’s draconian lese majeste laws, which prohibit anyone from criticising the royal family. 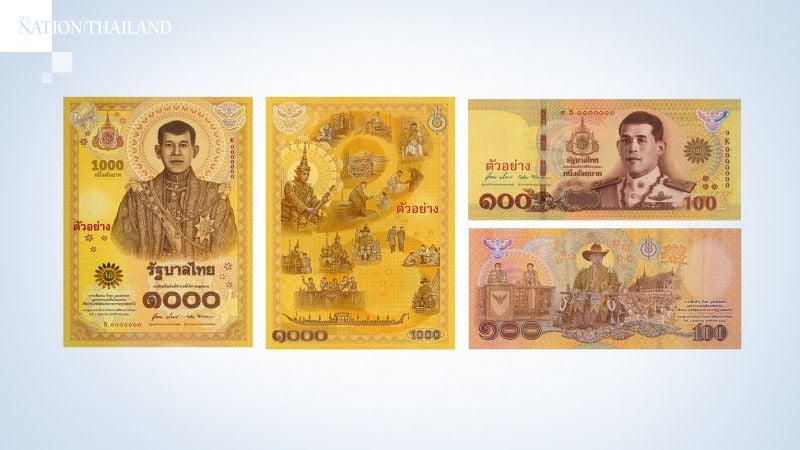 Laos – the ‘battery’ of Asia and a ticking environmental time bomb