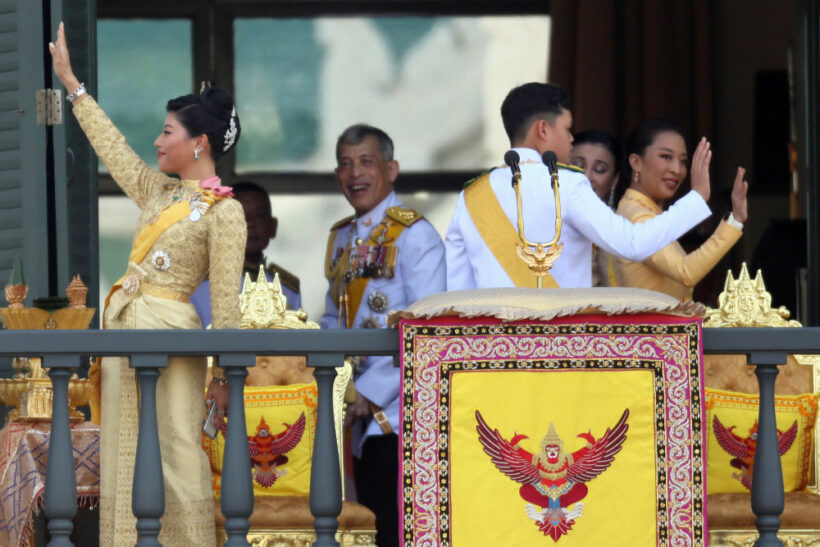 Yesterday’s appearances on the balcony of the Suddhaisavarya Prasad Hall of the Grand Palace in Bangkok of HM The King and royal family capped off three days of pomp and circumstance for the coronation of Thailand’s monarch.

His Majesty King Maha Vajiralongkorn granted a historic public audience from the main balcony yesterday afternoon. A sea of yellow-clad people of all ages and from across the land had gathered in front of the balcony, waving yellow flags, chanting loudly, “Long Live the Royals”.

PM General Prayut Chan-o-cha and his Cabinet members, together with their spouses, also gathered in front of the hall. Speaking on behalf of the Thai people, Prayut expressed delight on the coronation of the King and extended best wishes from all. 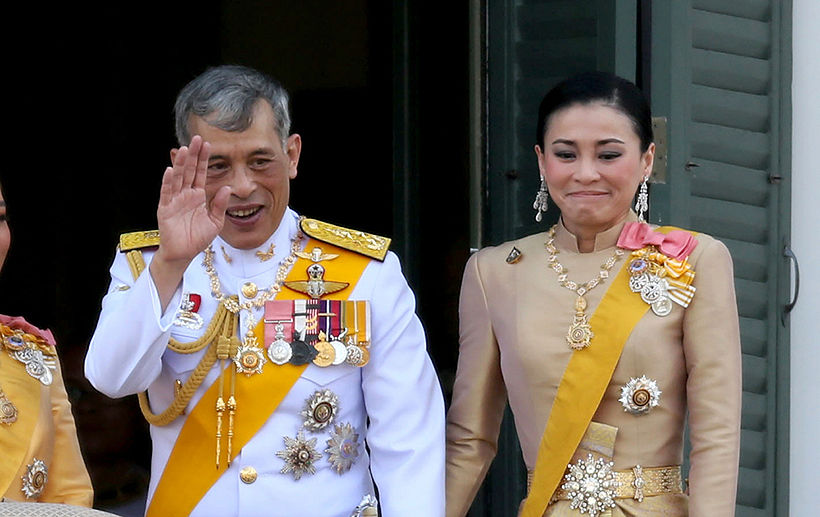 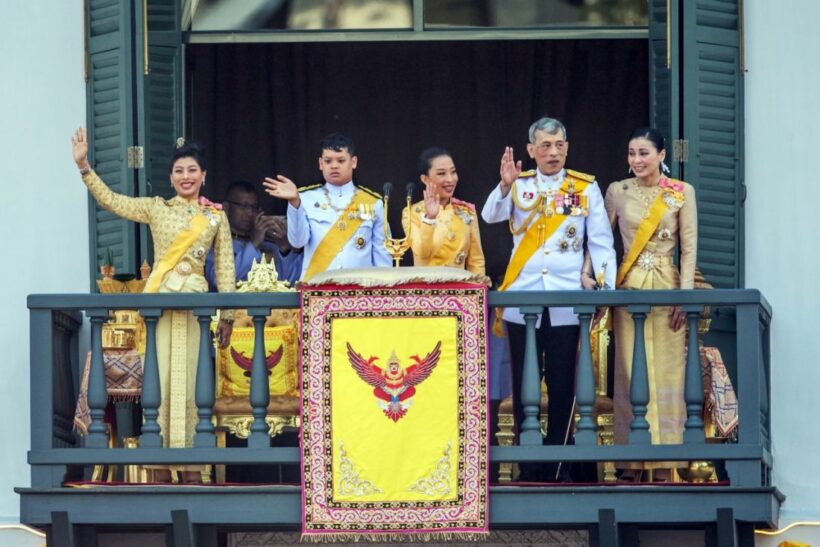 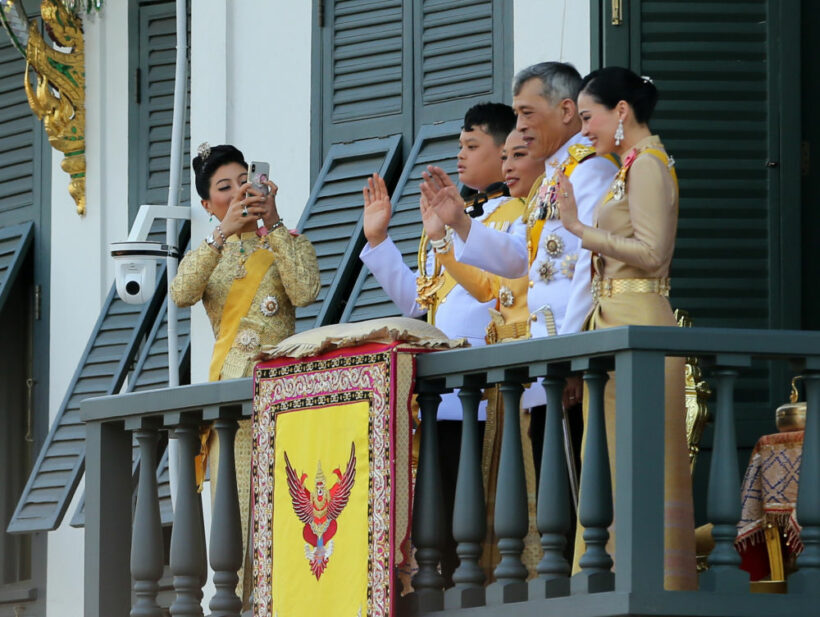 The military then fired gun salutes in the King’s honour as the Royal Anthem played. However, the loud chant of “Long Live the Royals” that continued from the subjects, rose above the gunshots and the music from the loudspeakers.

Replying to the prime minister’s address, His Majesty said that he and the Queen were pleased to have received the people’s goodwill and to have seen them turn out in full force to express their best wishes on the occasion of his coronation.

“I am extremely gratified. May your unity in expressing to me your goodwill augur that everyone, and all sides, shall take action for the further prosperity of our nation,” the King said. He then thanked his well-wishers and offered them his blessings.

It was the first grand public audience by the monarch since he was crowned and enthroned during three days of sacred rituals that began on May 4. It was from this same balcony that his parents, HM King Bhumibol Adulyadej and HM Queen Sirikit, had waved to their well-wishers back in 1950 following his coronation.

Following his speech, the King waved to his people with a smiling Queen beside him. He then gestured to his children to come out on the balcony. The prince and the princesses were all smiles, and waved energetically at the gathered well-wishers. The King and the Queen could be seen holding hands, and then the Queen also waved to the gathering.

The grand public audience lasted about 10 minutes, as the royals had to leave for the Chakri Maha Prasad Throne Hall to meet foreign envoys.

There, Singapore Ambassador Chua Siew San, the dean of diplomatic corps in Thailand, presented best wishes to the King on the occasion of his coronation.

The King replied that he, the government and the Thai people, would support good relations with all countries. 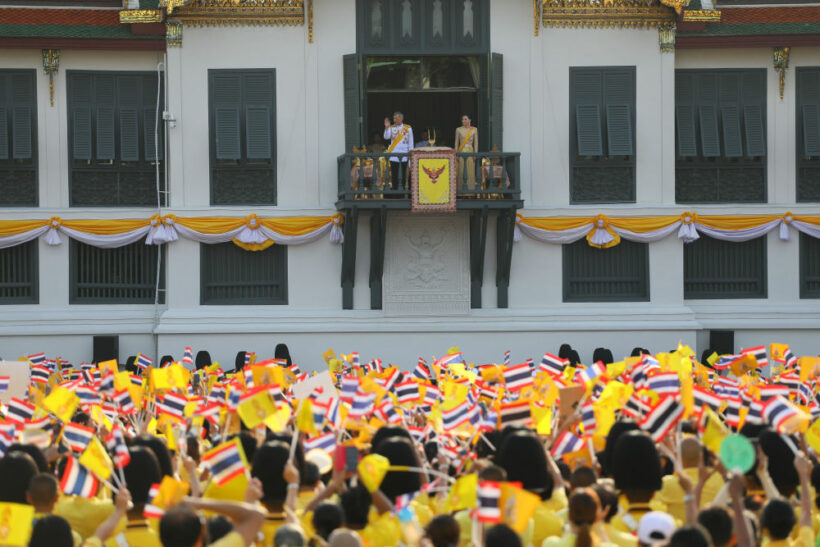 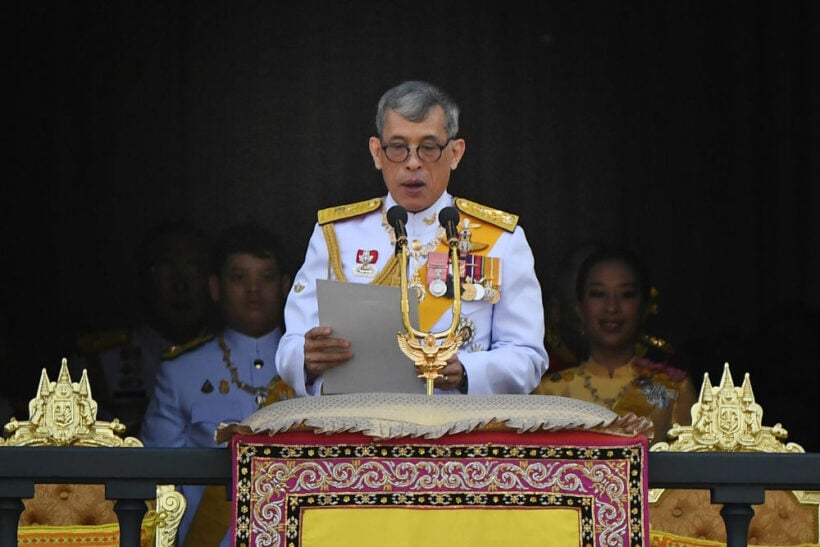 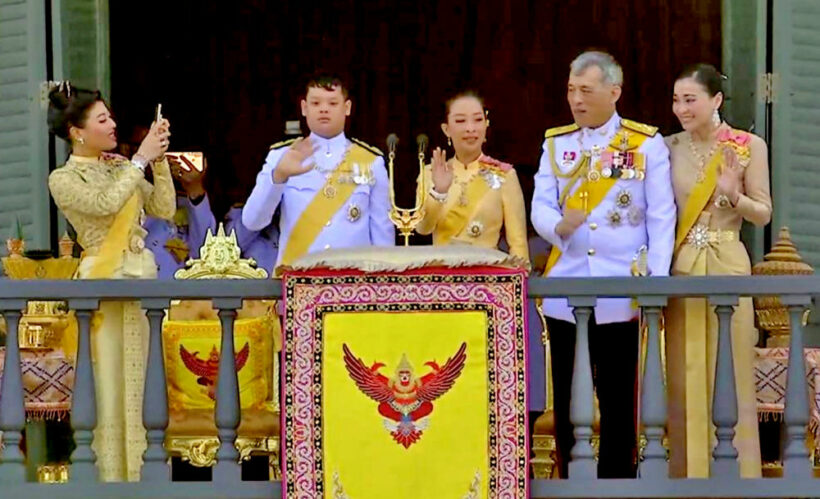 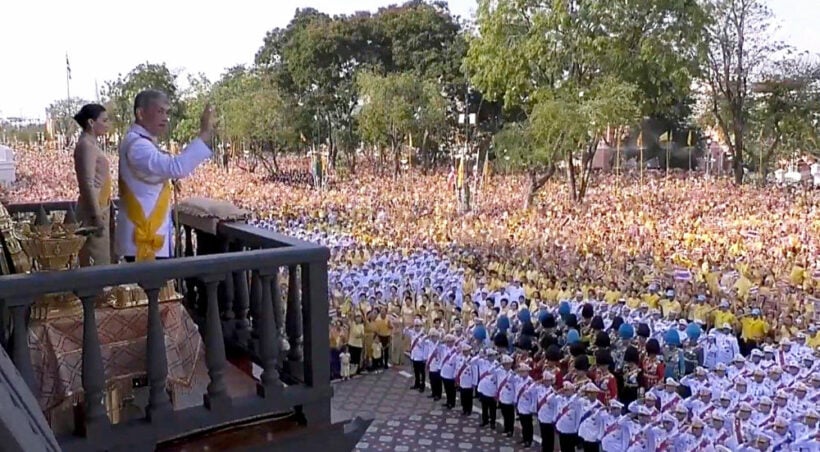 Grab car driver attacked, but gets the assailant to take him to hospital