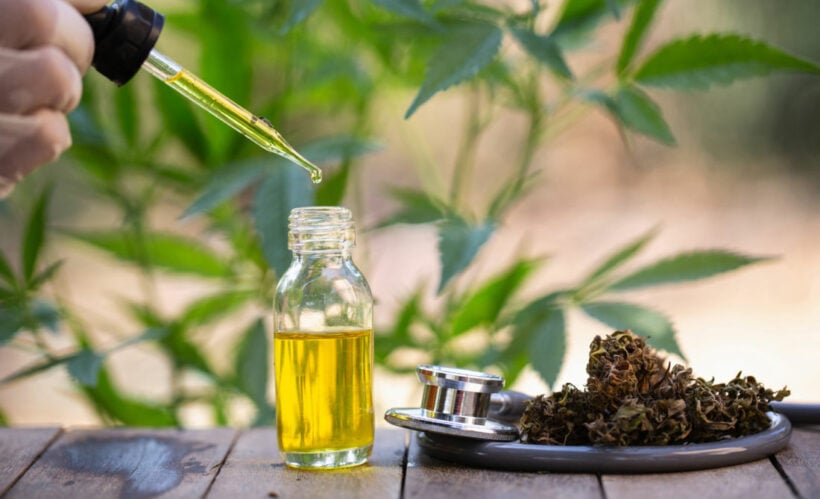 The Ministry of Public Health has opened more than 500 cannabis clinics throughout Thailand since the first one opened its doors in August of 2019. 60% of public hospitals now have cannabis clinics in 878 districts, and can be found in every single province in Thailand. More than 40,000 patients have now been treated with the use of cannabis.

The Ministry of Public Health’s Department of Thai Traditional and Alternative Medicine oversees all of these clinics and the deputy director-general does the results have been overwhelmingly positive. 74% of patients who were treated in the clinics with some form of cannabis for a variety of illnesses have reported improvement in the condition of their health according to department records.

With the overwhelming success of the clinics so far, the department plans to expand the number of cannabis clinics to put one in nearly every tambon throughout Thailand.

In the past 2 years, the clinics have given out more than 100,000 bottles of cannabis oil to patients free of charge. In addition to the oil extracted from the cannabis seeds, the clinics also use traditional remedies using the flowers, leaves, and roots of the cannabis plant.

The clinics use three different formulas of cannabis oil:

The latter 2 oils are still undergoing trials and are provided only in extreme cases where are the mild Daycha Oil has proven ineffective. Cannabis oil has been used by clinics to treat things like migraines, loss of appetite, and insomnia, and as a substitute for painkillers. But the stronger oils are often used in cancer patients where some claim to have seen tumours shrink or disappear, but the oil use will at least help with eating and sleeping.

Cannabis clinics prescribe the oil in very small microdoses, starting with a dipped toothpick before gradually increasing to one drop if necessary. They also use 16 different remedies made up of herbal ingredients including cannabis that draw on 300 years of traditional medicine. Traditional remedies have not undergone clinical trials as they have centuries of usage but are still tracked in the patients that receive them.

Fanta
13 hours ago, Shade_Wilder said: will be able to empty out a lot of its jail space, Unfortunately not unless the meth users switch to marijuana. Around 75% of inmates in Thai jails are in for drug offenses. Over 90% of…
Pius
It's fantastic to have one of these clinics as far east as Ubon ratchathani. The only problem is: They just frankly refuse to give CBD oil to FARANGS I was of the opinion a patient in need is a patient…
HiuMak
Good if used in legit ways. Hope there is no abuse
BainaiThai
I have a daughter in the US who used the oil to help with sleep...I rarely sleep more than four hours at a time so thought I would try to get a CBD prescription here in Thailand. Same experience as…
vvdb.fr
why traditional remedies are not clinically tested, science might find some interesting things there. They may be placebos ...