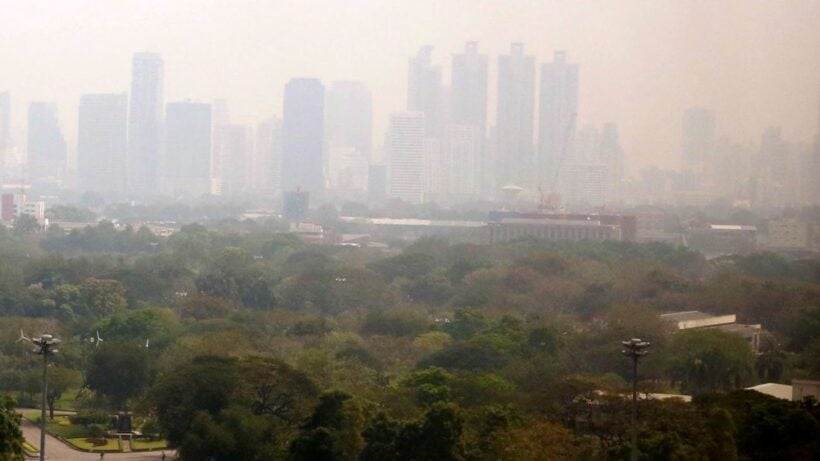 Bangkok and surrounding provinces remain cloaked in dust and smog today, with a red zone reported in Saraburi province, north of Bangkok. The area had a reading of 155, more than three times the World Health Organisation recommended upper limit. But, generally, the air quality has improved, compared to yesterday higher readings.

Several areas in the greater Bangkok area were still covered in palpable air pollution with larger dust particles caused by emissions from vehicles as well as industrial and construction activities adding to the misery of residents. 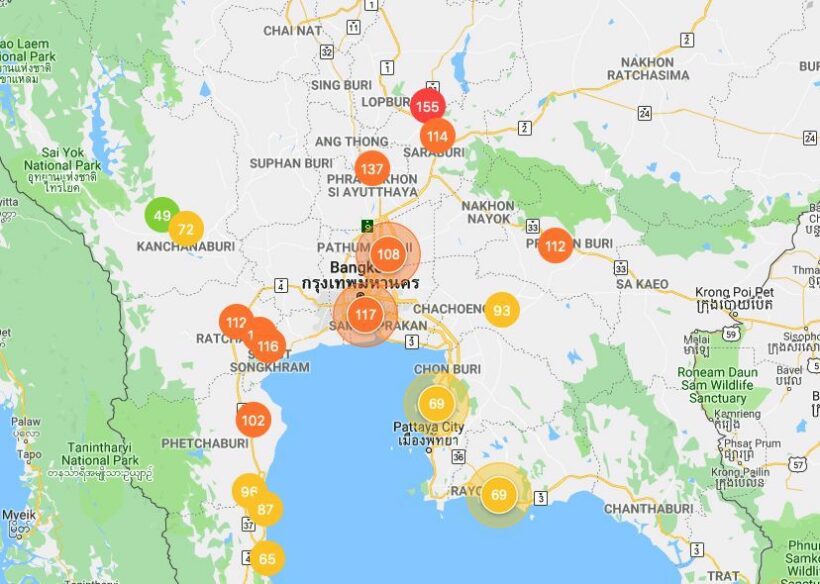 The air quality index was orange in more than 30 zones around the capital today, including Sathorn, the business district of Bangkok, which had an air quality index 147 earlier in the day, and Charoen Krung Road with an AQI of 170.

A weaker high pressure over China and low wind speeds have caused the concentration of small particulate around the Capital and surrounding suburbs, according to the department.

People are advised to avoid outdoor activities and many have started to wear masks again. The spike in pollution last year led to a shortage of shortage of masks and a boom in the sale of the air purifying products.

Keep in contact with The Thaiger by following our Facebook page.
Never miss out on future posts by following The Thaiger.
News Categories:Air PollutionBangkok
Related Topics:air qualityPM2.5pollutionPollution Control Departmentsmogsmoke
Up Next