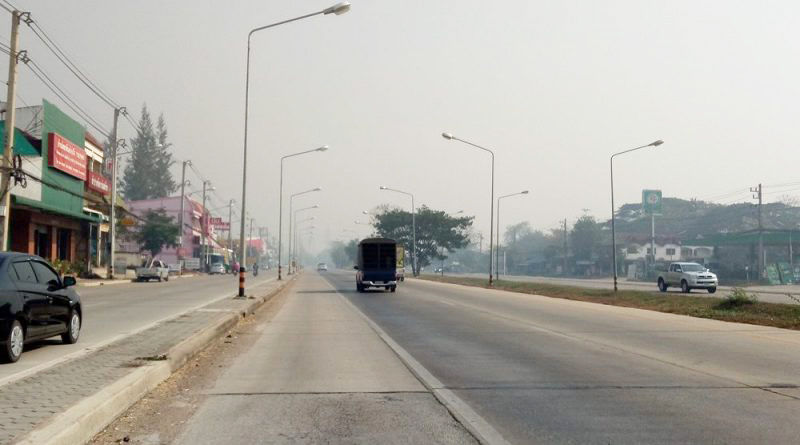 Schools in the northern province of Lampang were closed yesterday as the level of air pollution went up, according to KhaoSod. Authorities have instructed families to keep their children indoors during this period of poor air quality.

The problem is partly caused by the the burning of crop fields, which despite prohibitions, has been going on for weeks, with the levels of PM2.5 particles rising over the standard measure for the past 22 days, as well as the smog generated by the province’s Mae Mo coal-fired power plants.

PM2.5 refers to atmospheric particulate matter (PM) with a diametre of less than 2.5 micrometers, about 3% the diametre of a human hair. Thailand’s current “safety” threshold of 50 micrograms per cubic metre is twice that of the World Health Organisation’s safe upper limit of 25µg/m³.

Temperatures around Chiang Mai and northern Thailand today are 30 degrees. Light winds aren’t blowing the smoke away. Fires can be seen on the AirVisual graphic.