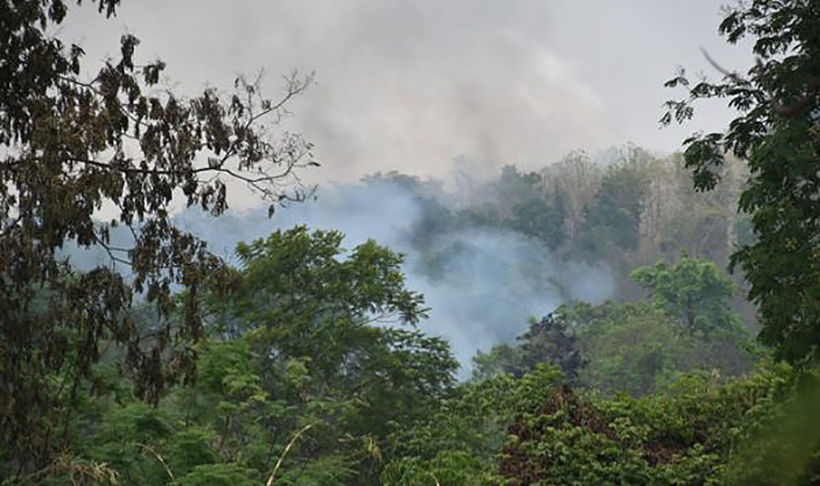 Excerpts from an article at ttrweekly.com

Inflicting immeasurable damage to the health of residents and incalculable losses on the economy and tourism, the northern smog clings to the hilly landscape making a mockery of government assurances that it has the crisis under control.

Provincial and district officials appear to be preoccupied with the task of deciding a date when residents can resume the burning of household rubbish in their gardens. The dates have changed at least three times in the last week when common sense would have dictated the province should stop any outside burning, of anything.

“Chiang Rai stands out on the Thai map for all the wrong reasons. It’s a hot spot for forest fires and agricultural arson raising the air quality index into the red alert zone for almost three months.”

Between Chiang Mai and Chiang Rai, the two cities have made their way into the top ten most polluted places on earth many times in the past three months, a problem that is completely avoidable.

“What a tragic downfall from being pitched just a few months ago as an up-coming leisure destination destined to attract high spend incentive groups and leisure travellers keen to explore a cultural experience that is fast disappearing in urban cities around Thailand. The crystal ceiling has caved in on that narrative,,” says Don Ross in the ttryweekly.com article.

The article notes that properties will lose their value, hotels will have to contend with deep red zones in the balance sheets while public health costs will skyrocket. Chiang Rai located at the far north of the map is a cul-de-sac of dense smog with visibility down to 3 km cloaking the province’s dramatic landscapes of forested hills.

In one sweep the tourism industry of six northern provinces is in jeopardy.

Following in the wake of thousands of hot spots and fires deliberately started by agricultural arsonists the blame game plays out. In Laos, the Vientiane Times last week blamed the increase in smog pollution in the Lao capital on neighbouring Thailand and Myanmar. So for all the wrong reasons North Thailand stands out as a smoggy hot spot and for that and nothing else the advisory for would-be travellers is quite simple.

“Don’t waste your holiday savings visiting North Thailand until you see a consistent line up of green columns on the AQI chart day-after-day. Capture the 30-day screenshots of the Air Visual AQI map and you will quickly identify where the blue dots are located that indicate very healthy spots. They are all shining bright in the far south at beach resorts on the Gulf of Thailand and the Andaman coast.”