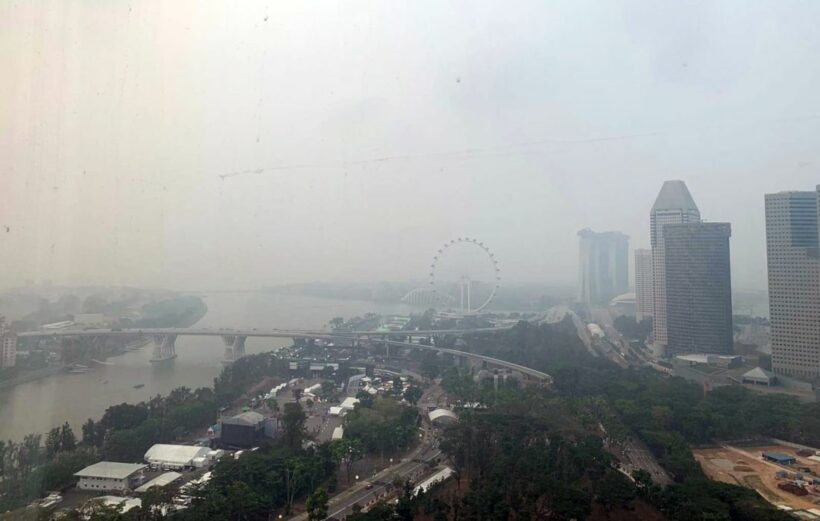 Dozens of people have now been arrested over their alleged involvement in Indonesia’s massive forest fires. Thousands of hectares of rain forest and plantations have been burned, with the smoke and haze drifting in neighbouring Malaysia, Singapore and southern Thailand.

Dedi Prasetyo, Indonesia’s National Police spokesman has confirmed 185 people now been arrested across six provinces hit by the intentionally-lit fires and four corporations were under investigation.

“99% of the forest and land fires occurred due to human factors.”

More than 328,000 hectares of land have been burned so far, mostly in Sumatra island, hundreds of residents evacuated, and more than 9,000 army and government personnel deployed to battle the fires.

Fires, and and side-effect of smoke haze and air pollution, are a persistent problem during the summer months caused by burn-offs to clear the land, the same practice that led to fires in the Brazilian Amazon earlier this year.

The Singapore and Malaysian governments have expressed their official concerns, and insults, as the two nations have choked in a dense haze for the past week as a result of the fires. More than 600 schools have closed in Malaysia because of the air pollution affecting hundreds of thousands of students, according to the Straits Times.

Schools in Sumatra and Borneo islands have also shut, with air quality considered “hazardous” to health in several areas, although the Indonesian government is playing down the effects of the burn-offs.

Indonesian President Joko Widodo says that 52 planes were conducting water bombing operations against the forest fires. But the Indonesian leader stresses that the best way to stop the haze is “prevention before the incident” and vows to crack down on “arsonists” behind the fires.

In Pelalawan, an Indonesian regency adjacent to Singapore across the Malacca Strait, air pollution exceeded 300 micrograms per cubic metre this week, levels considered hazardous on the Air Quality Index (AQI). Nearby in Jambi province, the AQI measured a reading of 407, while Sampit on Borneo Island reached an astonishing 427 yesterday.

AQI measures a variety of pollutants to gauge air quality, which is typically defined by the concentration of fine particulate matter, or PM2.5, per cubic metre.

AQI measures a variety of pollutants to gauge air quality, which is typically defined by the concentration of fine particulate matter, or PM2.5, per cubic metre.

Last month, President Jokowi said he felt felt “embarrassed” by the fires, acknowledging the smoke’s effects on Singapore and Malaysia.