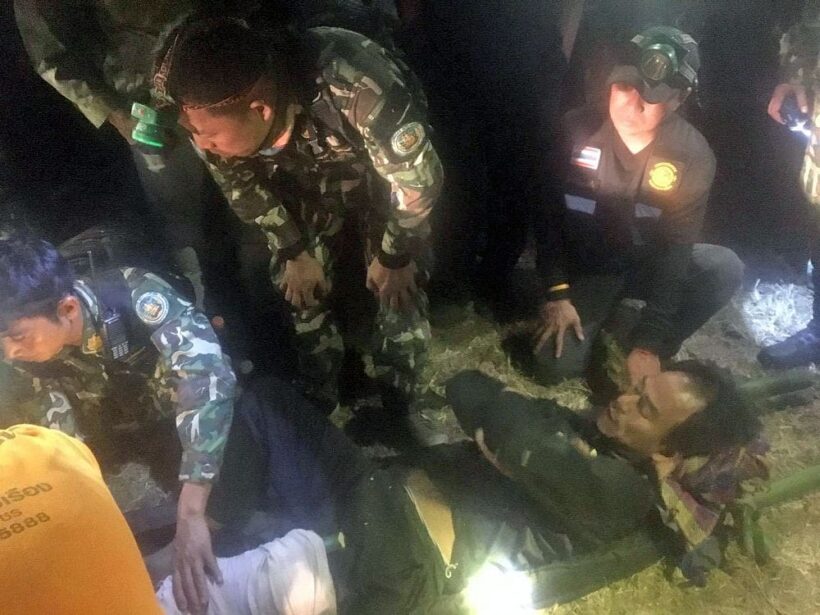 Two ethnic Lahu hunters have been injured in a clash with Sri Lanna National Park officials in Chiang Mai over the weekend.

They shot at the park officials as they were approached and the officials returned fire.

36 year old Yorzapa Jala broke his left leg in a fall and was grazed with a bullet. 25 year old Aikham Suporn broke an arm while also trying to escape.

The park officials had hiked deep into the forest to check a fire hotspot that was contributing to the air pollution plaguing the North.

Park supervisor Phupichit Chuay-bamrung said yesterday his men responded to the hunters’ gunfire by shooting into a stand of bamboo to try and frighten them and prevent them running. The hunters raced off, though, and were injured as they tumbled into a creek. They were placed under arrest and their injuries were bandaged and splinted.

It took more than four hours to get them out of the forest and to Mae Taeng Hospital. Phupichit claimed they confessed to entering the forest on Friday evening in search of wild animals. Officials seized a gun, ammunition, a knife and a motorcycle. 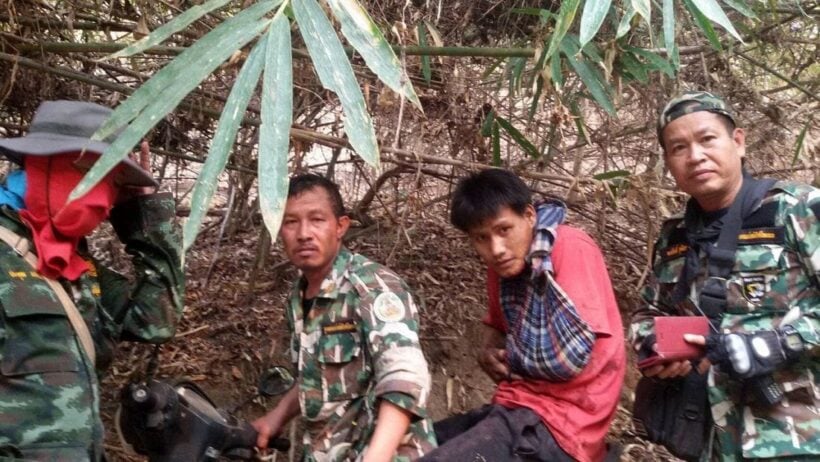 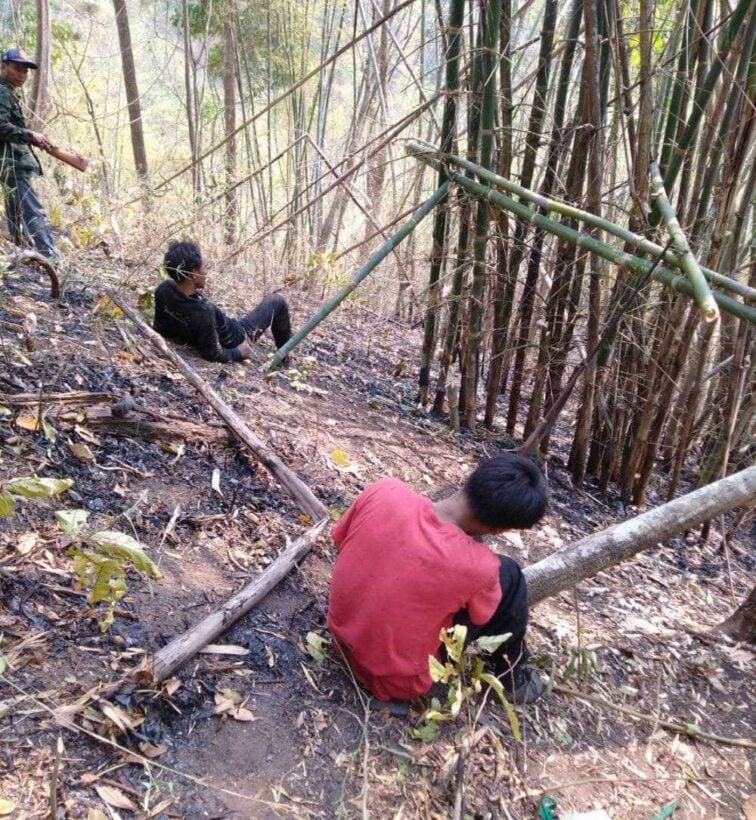