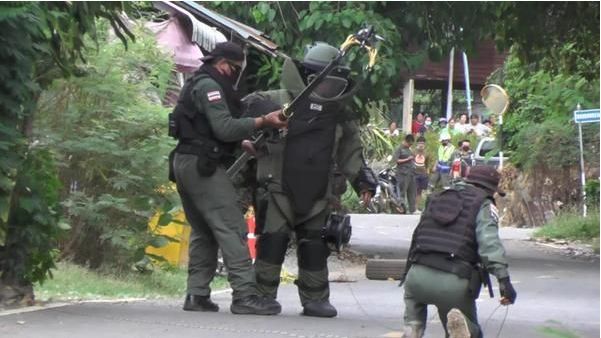 Yesterday, as a villager rode his bicycle from the local temple in Petchabun province to go see a friend, he discovered a mysterious box laying on the ground in Tha Phom tambon. With ‘excitement’ he took the box back to his friend’s shop hoping it was valuable and a sign of good fortune. When he arrived, one of his employees told him it looked like a bomb. 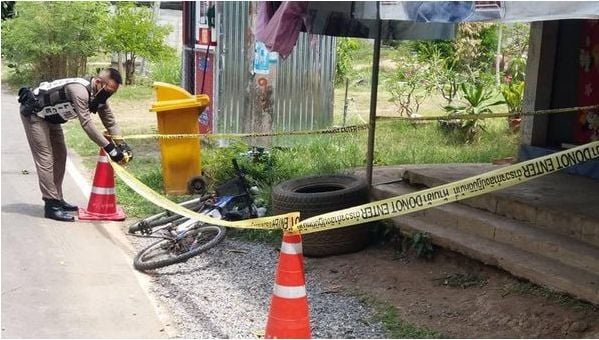 The Tha Phon Police Station received the notification yesterday of the suspected bomb. When they arrived they described it as a cardboard box with a digital clock taped to the front connected to wires from inside the box. 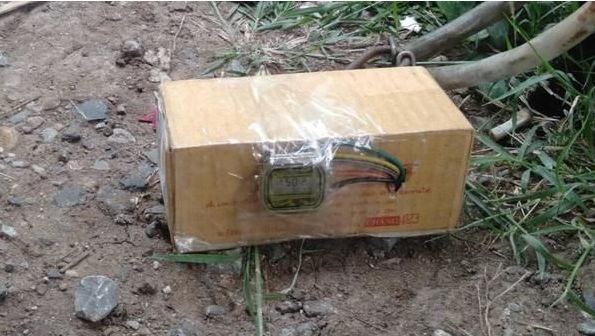 When officials arrived they described the box as around 15 centimetres lock and connected to a digital clock. Officials quickly placed a car tyre around the box and ordered the local villagers to evacuate the area. 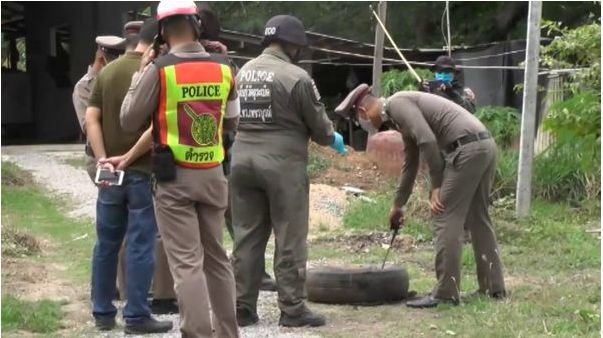 The EOD team inspected the box and discovered that the clock was still running and scanners also confirmed that there was a high possibility that the box contained explosive materials.

Officials then decided to use a high-pressure water to render the bomb inert. Upon closer inspection, after the bomb was deactivated, it was confirmed that it was indeed some sort of timed improvised explosive device (IED).

Phetchabun is a long way from the deep southern provinces that have experienced problems with roadside bombings and the death of around 7,000 over the past 2 decades.