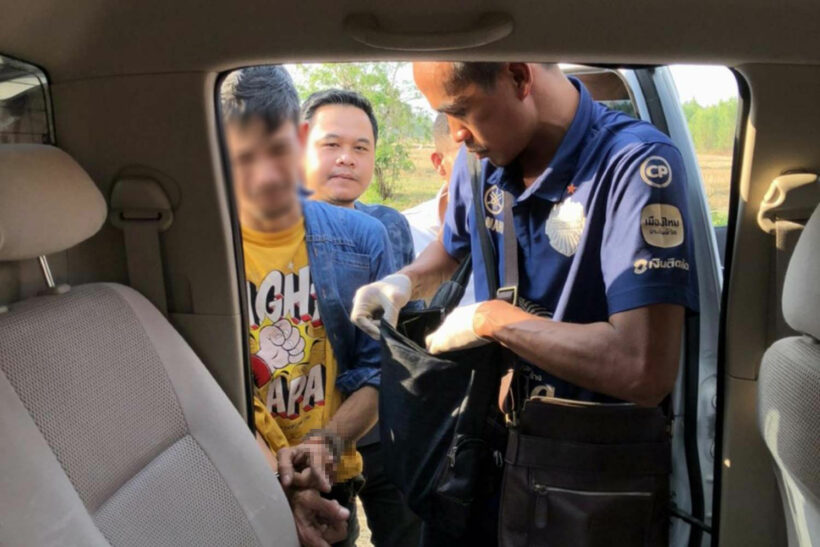 A man was arrested in his car yesterday in the northeastern province of Buri Ram after allegedly stealing gold valued around two million baht from a shop at a local department store over two weeks ago, on the night of December 28.

22 year old Prawit Chaikheenee was arrested whilst sitting in his on the Buri Ram-Nang Rong Road while trying to drive out of the province. Police discovered stolen gold ornaments in the car as well as two guns and a quantity of methamphetamine pills.

Police say the suspect has confessed to the crime and taken to the Buri Ram police HQ for questioning. They believe there may be an ‘in-house- accomplice involved, as he was able to open the combination lock on the shop’s safe.

Prawit is suspected of entering through the roof of Big C superstore at about 3am on December 28. He  allegedly used a rope to lower himself to the floor, ransacked some nearby booths before opening the safe at the Yaowarat Sinthawee gold shop.

He made off with about 1.5 kilograms of gold necklaces, rings and trinkets, worth about 2 million baht.