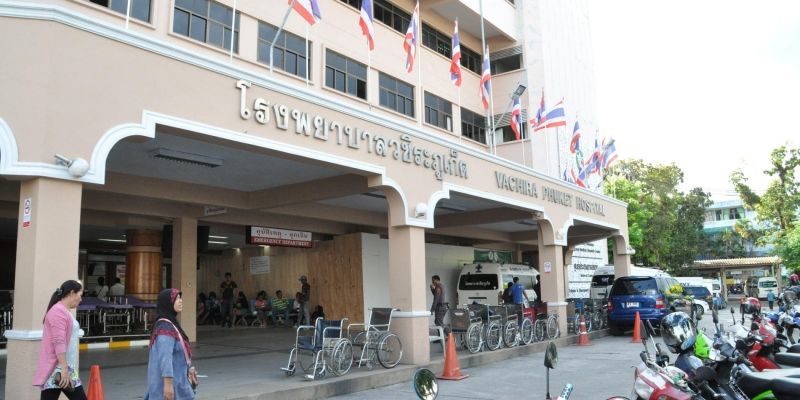 A Russian tourist remains unconscious in hospital after falling four floors from the balcony of his Patong hotel. Police say the man, Daniil Solovev, is in “a serious but stable condition”. Police were called to the accommodation on Nanai Road hotel at 11am on Sunday morning. By the time they arrived, Solovev had already been rushed to hospital.

Emergency responders say that Solovev was unconscious at the scene and suffered a broken arm. He was taken to Patong Hospital and later transferred to Vachira Hospital in Phuket Town.

A police spokesperson from Patong Police says… “He remains in a stable condition in the ICU, but he has still not regained consciousness. I do not have any further details of his injuries.”

Captian Nareupon Taewlae told The Phuket News “I don’t know how this happened. I have confirmed through hotel CCTV that he was alone in the room at the time. I found some pieces of dried plant in his hotel room which might be marijuana, and a beer bottle was on the balcony floor.”

“…the dried plant matter has been sent to Phuket Forensics…. I have informed Phuket Immigration.”

“When he makes a full recovery from his injuries, then I will question him about it.”