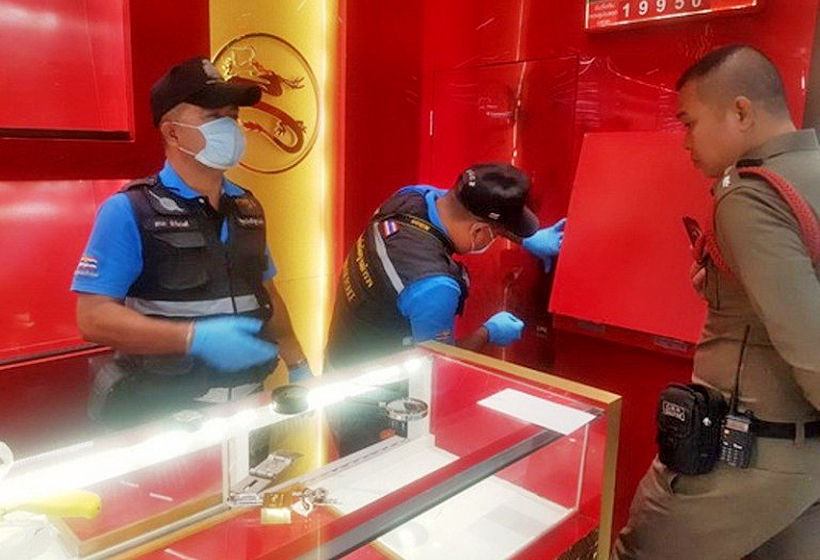 A thief has made off with 2 million baht in gold necklaces, rings and bracelets from a gold shop at a Buri Ram department store. Police examined CCTV footage showing a man wearing a cap entering the shop in the early morning on Saturday before ransacking several areas. Officers took fingerprints at various locations including the gold shop.

Thai media report that the robber used a saw to cut the locks on the door to a room where the safe containing the gold jewellery was kept. Gold necklaces, rings and bracelets, valued around 2 million baht in all, were stolen. The thief entered the store at 3.23am and was wearing a cap to hid his identity from the CCTV.

Police speculate the identity of the robber might reveal an inside job, as the thief apparently knew the code to the safe.