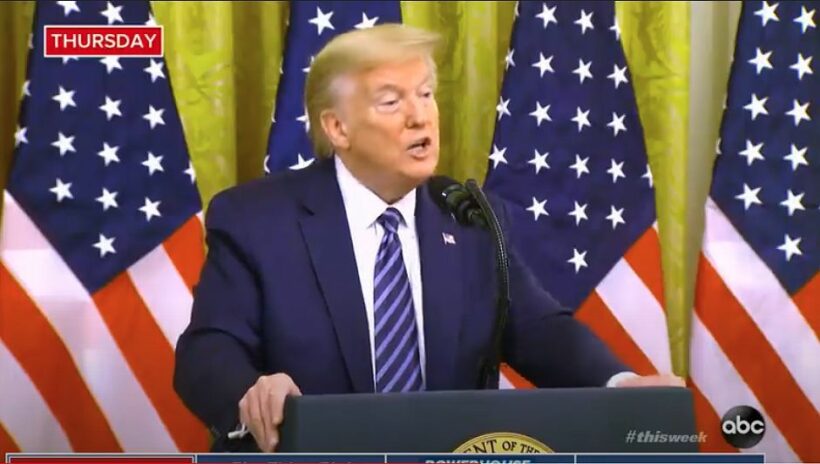 The World Health Organisation says they’re awaiting evidence to support “speculative” claims by the US President and Secretary of State that the new coronavirus originated in a Chinese lab in Wuhan.

The Five Eyes, a network involving UK, US, Australia, New Zealand and Canada intelligence officials, say they do believe that Beijing has not necessarily been transparent about how coronavirus initially spread in Wuhan at the turn of the year, but say they have seen no evidence linking the virus to any lab, or assertions that it is ‘man-made’.

The WHO’s emergencies director Michael Ryan says they hope the US leadership team can release evidence of their claims.

“We have not received any data or specific evidence from the United States government relating to the purported origin of the virus. So from our perspective, this remains speculative.”

And today, Australian intelligence agencies have also questioned evidence trumpeted by US officials supposedly linking the coronavirus to a Wuhan laboratory as concerns within the government grow that the push will derail efforts to eliminate dangerous wildlife wet markets.

Australian PM Scott Morrison said last Friday the Australian government “did not have strong evidence linking the Wuhan lab to the virus”.

But US President Donald Trump, increasingly ramping up the narrative that China mishandled the first outbreak, claims to have proof it started in a Wuhan laboratory. His Secretary of State Mike Pompeo then doubled down on the comments in a TV interview on Sunday (below) claiming that he had “enormous evidence” to “back up that claim”.

Asked by a reporter last week… “Have you seen anything at this point that gives you a high degree of confidence that the Wuhan Institute of Virology was the origin of this virus?”

President Trump replied… “Yes, I have. Yes, I have. And I think the World Health Organisation should be ashamed of themselves because they’re like the public relations agency for China.”

The US President’s comments forced the the Office of the Director of National Intelligence to make a rare public statement that… “it concurs with the wide scientific consensus regarding Covid-19’s natural origins. It was the first response from US intelligence debunking conspiracy theories that the virus is a biological weapon.

WHO’s Ryan stressed that this was a very important piece of public health information for future control.

“Like any evidence-based organisation, we would be very willing to receive any information that purports to the origin of the virus.”

“If that data and evidence is available, then it will be for the US government to decide whether and when it can be shared, but it is difficult for the WHO to operate in an information vacuum in that regard.”

“We need to understand more about that natural origin, and particularly about intermediate hosts.”

“Science needs to be at the centre. If we have a science-based investigation and a science-based enquiry as to what the origin species and the intermediate species are, then that will benefit everybody on the planet.”

The UN-based health agency, which is also facing scathing criticism from President Trump over accusations it initially downplayed the seriousness of the outbreak to shield China, has repeated that the virus clearly appears to have originated naturally from an animal source.

Maria Van Kerkhove, a WHO medical spokesperson, has stressed that there were some 15,000 full genome sequences of the novel coronavirus available.

“From all of the evidence that we have seen… this virus is of natural origin.”

Mr. Pompeo’s interview on the US ABC TV network on Sunday (discussion about China starts at 2.40).