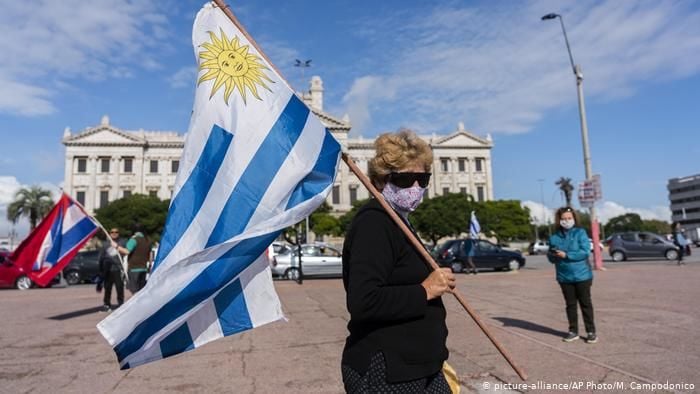 To the Government of Uruguay’s relief, their policy of “independence with responsibility” in the containment of the Covid-19 pandemic seems to have been successful… so far. Yesterday, when Europe opened its borders to 15 countries, Uruguay became the only Latin American country to be included. With less than 1,000 registered Covid-19 cases and just 27 deaths, the 3.4 million-plus nation is a significant anomaly in the south American countries that have become the new hotzone of coronavirus cases. Read more HERE

Uruguay currently has just 83 confirmed cases, while its giant neighbour Brazil is the hardest hit country in the world after the US.

This performance is especially impressive as there has never been an official lockdown to the extent other countries have imposed. Instead, in the midst of industrial businesses, school and border closures, authorities ‘advised’ people to stay indoors and strictly adhere to social distancing.

The message was conveyed to the public by media and police helicopters flying overhead with frequent updates and positive messaging, education and information.

The president, who took office in early March as the pandemic was just warming up, said he opted for “individual rights” rather than a “police state” approach. Calls for self-isolation were widely adhered to with minimal effort from officials.

Galiana says… “The early appearance of well-known cases, at a time when the circulation of the virus within the population was very limited, led to adequate measures being implemented,  even if at the time they seemed exaggerated “.