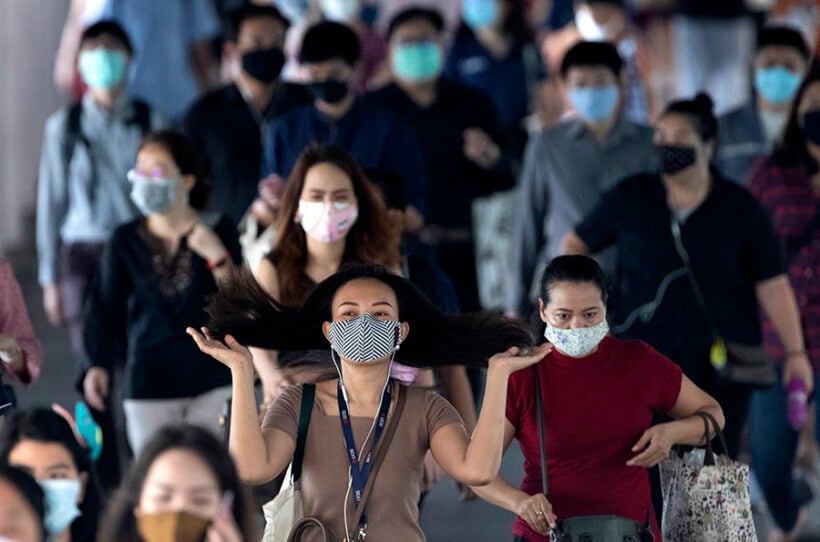 The spokesman for Thailand’s Covid-19 task force. Dr. Taweesin, says the government is making sure it’s ready to handle any potential second wave of the virus. Dr Taweesin Visanuyoth says the recent mishaps with an infected Egyptian soldier in Rayong and a Covid-positive Sudanese child in Bangkok, have taught the government a valuable lesson. Taweesin stresses the importance of being ready to deal with any spike in virus numbers as more businesses open up.

Over 6,700 people in Rayong have tested negative for the virus, with over 360 Bangkok residents also testing negative. Both cities were rocked by recent Covid scares, when it was revealed an Egyptian soldier had violated self-isolation rules by visiting various malls in Rayong, while a Sudanese girl who arrived with her diplomat father and family, later tested positive for the virus while staying at a condo in the capital. The family’s diplomatic status meant they were exempt from the usual requirement to quarantine on arrival.

Rayong, in particular, was hit hard by the panic caused by the Egyptian soldier testing positive. The reaction led to many businesses closing down once more, as well as the cancellation of domestic travel to the region. Taweesin says the reaction to the news must serve as a lesson to the government, pointing to Japan’s way of dealing with localized outbreaks, which consists of 2 phases. The first phase closes off the immediate area of ​​the outbreak, along with high-risk venues such as schools. The second phase involves declaring a national emergency and imposing mandatory social distancing.

“What we have to learn is the economy must move forward. In cases like Rayong, the entire city can be closed instead of just shopping malls and hotels, because there is a strong possibility of transmission. “