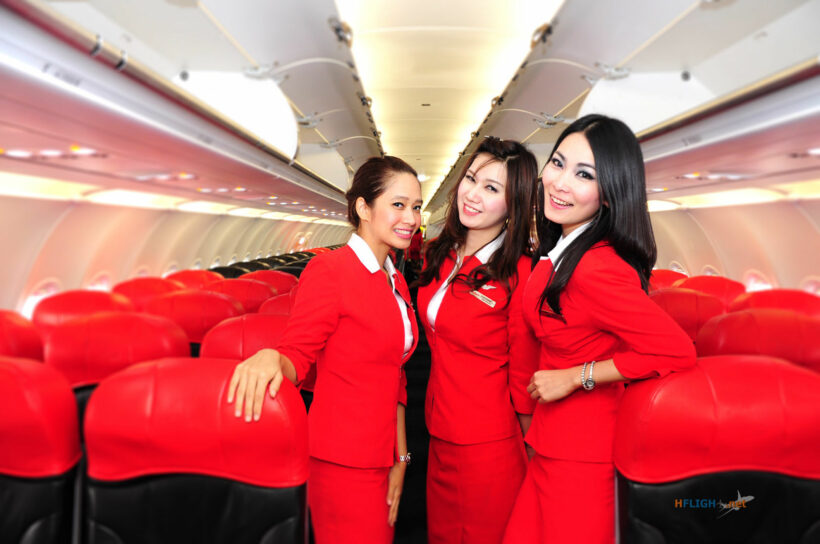 Despite many of Thailand’s discount airlines taking to the skies again, all airlines are still in the financial doldrums as they battle travel restrictions, a risk-averse flying public and closed international borders. Now Asia Aviation, major shareholder of Thai AirAsia, has announced revenue of 2,221 million baht and a net losses of 1,210.6 million baht for Q2 2020.

The net loss was predominantly due to the travel restrictions at the time, causing a massive decline in demand and the temporary grounding of its fleet due to the travel bans. TAA’s CEO Santisuk Klongchaiya says the group struggled to maintain minimal operations during the 2nd quarter, especially on international routes.

“Total revenue for the quarter decreased by 78% mainly due to the reduction in passengers carried, which was reduced by 95% year-on-year, to 283,601 passengers.”

During Q2 international passenger traffic plunged by almost 100% compared to the same period last year, while the overall load factor in the same quarter declined to 52%.

“With the situation improving and domestic flights gradually resuming in May, we were able to offer sale promotions such as the Unlimited Pass, to stimulate air travel in the latter half of the year.”

Thai Air Asia hope to resume international flight operations through travel bubble schemes with certain target markets, primarily China and other countries that have effectively contained the outbreak. At this stage the Thai Government have shelved travel bubble plans as some of the previous low-risk countries have again flared up with new outbreaks.

The group are also hoping that they will be able to re-introduce inflight services later this month and food and beverage services soon as well. Up to date all domestic flights have been a peaceful experience without any interruptions for inflight services, a major cash cow for discount airlines.

Experts warn Thailand not immune to second wave of Covid-19