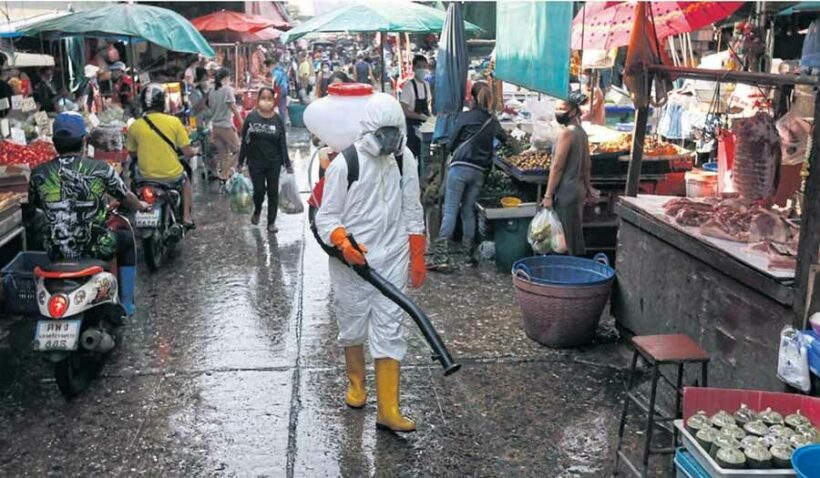 The central province of Samut Sakhon, where the Covid-19 virus first re-surfaced in December, is to re-open 22 wet markets from Monday. However, the seafood market where the outbreak began is not one of them, and it is not yet known when that might re-open. The 22 markets have been closed since December 19 as a result of the virus outbreak.

Officials in Samut Sakhon have begun a 3-day clean-up operation across all 22 markets, aimed at boosting public confidence. Chingchai Bunprakhong, the mayor of Samut Sakhon municipality, says all areas are being sprayed with concentrated chlorine mixed with water. The Bangkok Post reports that yesterday, 3 water tanks containing the mixture were sent to Mahachai Market, as part of a deep cleaning operation.

Chingchai says the decision to re-open the markets comes amid a downward trend in Covid-19 infection rates. Officials have now tested 3,772 workers from the 22 markets and only 0.56% (21 people) have tested positive. Of the 95 new cases reported in the province on Thursday, 60 were found as a result of proactive tracing. It’s understood 35 of those are receiving hospital treatment.