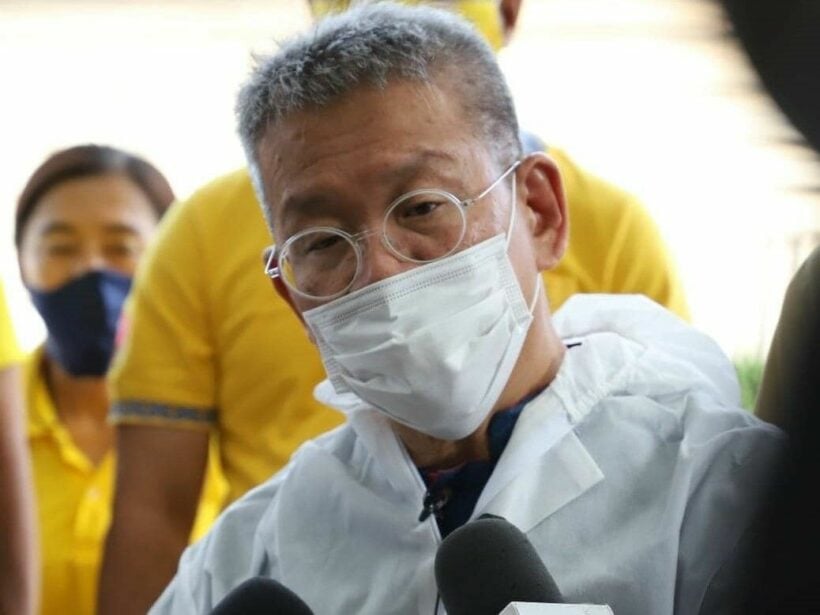 After a severe Covid-19 infection, governor of Samut Sakhon, the epicentre of the recent outbreak in Thailand, was released from the hospital after nearly 3 months of treatment. The virus negatively affected Governor Veerasak Vichitsangsri’s lung function and led to a bacterial infection. During his treatment, he was on a ventilator for 42 days and, at one point, he was not able to speak.

Veerasak is also diagnosed with cerebrovascular disease which affects blood flow to the brain. In earlier reports, doctors said that the governor’s brain had been affected by the bacterial infection which was also destroying some of his lung tissue.

The governor spoke to the press on Friday after being discharged from the hospital. He was in treatment for 82 days. Veerasak said that when he tested positive for Covid-19 back in December, he thought he would recover within 10 days.

“Symptoms were more severe than I thought.”

The governor told the media that at one point during his treatment, he thought he would never be able to talk again. Doctors were worried about his brain function, Veerasak said, but he says he recovered and regained the ability to speak.