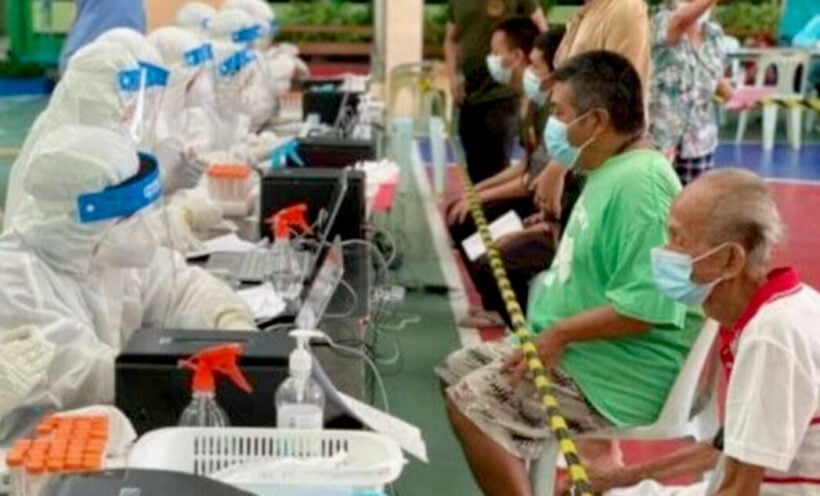 A record new 795 Covid-19 infections were uncovered in Chon Buri provinces along with 2 new deaths. The province has been locking down and tightening restrictions in an attempt to curb current outbreaks but the numbers keep creeping steadily up.

Restrictions on food establishments, shopping businesses, sports and exercise, and even outdoor activities like beaches, parks, playgrounds and swimming pools have been enacted recently, as well as limiting travel by bus and domestic flights and setting up checkpoints. Gatherings of more than 5 people have been banned as well as any parties or drinking.

But with Covid-19 numbers growing to record highs in Chon Buri province and across Thailand, many doctors and experts are suggesting that a full lockdown is the only solution, an idea supported by the World Health Organization.

Unlike Phuket, where the strong majority of infections are being treated and released already, nearly half of the 19,909 total Covid-19 infections in Chon Buri are currently receiving treatment. Only 10,738 people have been released from medical care, including 298 people today, with over 9,000 still in a medical facility. Since the start of the third wave of Covid-19, 96 people have died in Chon Buri.

Of the nearly 800 new cases today, several clusters were found in businesses in Phanant Nikhom District and Mueng Chon Buri District as well as coming in from Rayong Province. Clusters were also found in Central Festival Pattaya Beach, as well as 13 medical professionals infected. Coworkers, family members and friends gathering were responsible for about 360 infections, as well as several who attended illegal parties.

Chon Buri is working with the Centre for Covid-19 Situation Administration to monitor clusters in 15 establishments, 10 construction work camps, 5 markets, and 4 communities.

Cases have been steadily climbing in Chon Buri since April, when daily infections were mostly less than 100 but crossed the 100 mark for the first time on April 10. Infections in Chon Buri stayed steady in May, and it wasn’t until a record spike of 335 on June 22 that cases passed 200. The 400 mark was hit with 459 on July 13 after the day before has 399 infections. The next day crossed the 500 point and on the 17th Chon Buri infections set a new Covid-19 record rising for the first time above 600 and have remained around that number ever since until today’s spike.

Graham
The numbers are going up because the testing has been increased, it's simple. The more you test, the more you find.

Golden-Triangle
1 hour ago, Graham said: The numbers are going up because the testing has been increased, it's simple. The more you test, the more you find. You have proof of that of course ?

Golden-Triangle
Maybe chuck all the partygoers in the monkey house, let them get on with from in there, WTF is wrong with all these deniers ? Are they thick as pig sh!t or what, and the problem is we have the…
2Lotus2
Exactly. People walking around asymptomatic , or feeling just a little off.

gummy
7 hours ago, 2Lotus2 said: Exactly. People walking around asymptomatic , or feeling just a little off. Glad you mention that saying "feeling a bit off" as it reminds me that where I come from my parents generation would say "I am…