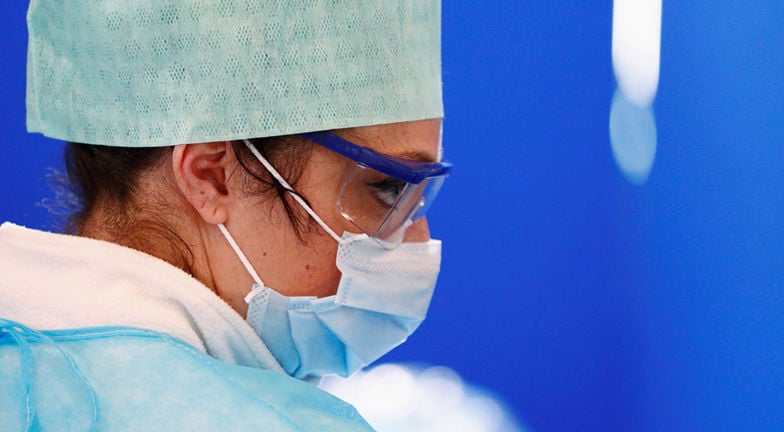 9 new cases of the Covid-19 coronavirus have been reported in the southern island province of Phuket, bringing the total to 62 cases. Most of the new cases originated in the Patong district, again, and many in the area of the Bangla Road red light district. Details of the new cases…

Case 54: A 35 year old Canadian man working at an international school. He fell sick on March 25, and authorities are seeking 4 of his contacts during the time, who are considered to be at at risk.

Case 55: A 59 year old Thai man, a flower seller in Bangla Road with a history of contact with visitors and people frequenting the area. He became sick on March 19 – at least people 3 are at high risk.

Case 56: A 29 year old Thai woman, a bartender in Bangla Road who had close contact with another confirmed case. She became sick on March 20. 5 contacts are being sought.

Case 57: A 47 year old Thai female taxi driver. She had contact with a Ukrainian man (case 49). She became ill on March 27, 1 contact is considered at high risk.

Case 58: A 32 year old French man who came to Phuket on March 9, who had been visiting Bangla Road. He fell ill on March 24, 18 contacts are being sought.

Case 59: A Thai woman, aged 31 – a waitress at Italian restaurant in Patong. She had contact with case 44 and became sick on March 25. 15 of her contacts are at high risk.

Case 60: A 39 Thai woman, a chef at same Italian restaurant, contact with many locals and tourists. She got sick on March 25, 12 people are considered at high risk.

Case 62: A 44 year old Thai woman, also a masseuse in Patong. She had contact with case 32 who worked in the same massage parlour. She fell sick on March 25, and 8 contacts are at high risk.

Last night, at midnight, Phuket’s Governor closed all access to the island by road or sea, only leaving the Phuket Airport open as limited flights still ferry remaining visitors back to their countries. 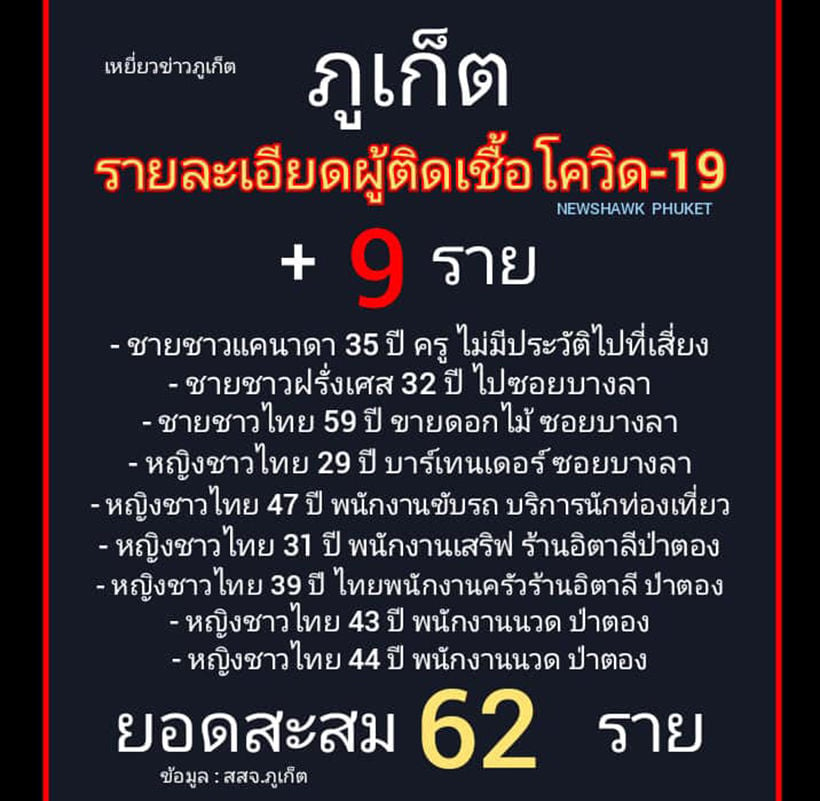