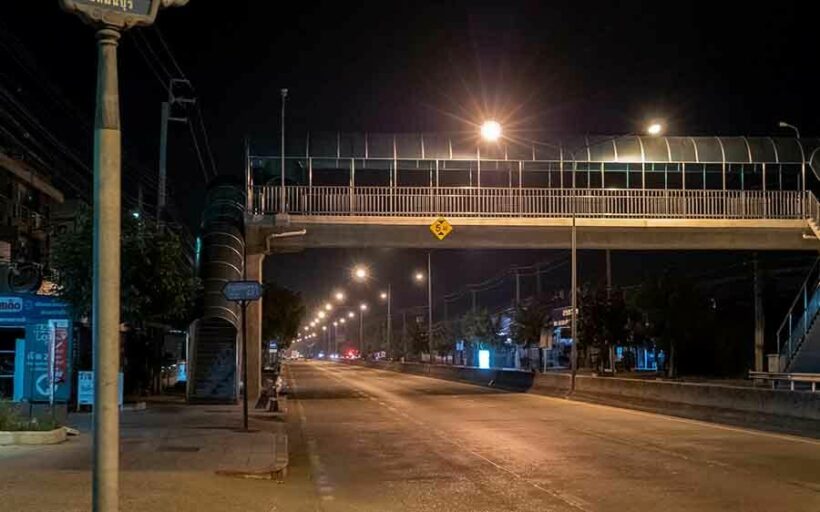 The Centre for Covid-19 Situation Administration meets today to review the curfew in place in dark red provinces, and to discuss the easing of some restrictions. However, Dr Opas Karnkawinpong from the Department of Disease Control says the CCSA will be asked to keep the 9pm – 4am curfew as is until the end of this month. While the hours may be adjusted according to the needs of each province, Opas says they should be kept as they are in Bangkok until the end of September.

The Bangkok Post reports that the Public Health Ministry will also propose the easing of some restrictions, such as allowing nursing homes to accept people in need of care. However, it’s understood that stringent disease control measures will remain in force for now.

A proposal to administer 24 million vaccine doses during the month of October will also be presented to the CCSA today. The country expects to receive 10 million AstraZeneca doses, 8 million Pfizer doses, and 6 million Sinovac doses, with Pfizer confirming the first 2 million will arrive at the end of September.

According to the Bangkok Post report, the ministry is sticking to its plan to administer the Pfizer vaccine to children between the ages of 12 and 18, despite some reports of heart inflammation in children who’ve received the vaccine in other countries. Opas insists such cases are rare.

“The benefit of vaccines still outweighs the unpleasant conditions.”

Meanwhile, the ministry has approved the administration of booster doses to people who are already vaccinated, but Opas says this will depend on the availability of AstraZeneca and Pfizer doses, as these will be the only vaccines used as boosters.

NCC1701A
i have gone from red light to dark red.

DoUKnowWhoIAm
10 minutes ago, Thaiger said: easing of some restrictions The law regarding mandatory mask while more than 2 people in a vehicle, is the last they should revoke. Imagine how many lives that are saved.
AdamX
26 minutes ago, Thaiger said: The Centre for Covid-19 Situation Administration meets today to review the curfew in place in dark red provinces, and to discuss the easing of some restrictions. However, Dr Opas Karnkawinpong from the Department of Disease…

dmacarelli
There is something about the midnight hour. The air is thinner, and seems to transmit more disease. Fortunately the smart officials are all over this issue.