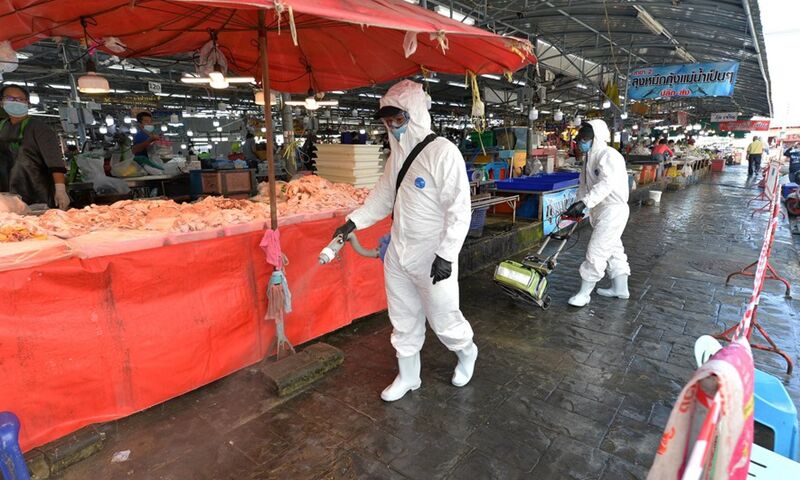 Health officials in Thailand say a number of strict containment measures being implemented in the central province of Samut Sakhon, should bring the Covid-19 outbreak under control within the coming weeks. Permanent Secretary for Health, Kiatiphum Wongrajit, says around 4,000 migrant workers located at the epicentre of the outbreak are being detained for over 10 days to ensure they do not spread the virus.

After seemingly going months with no case of local transmission, Thailand is now seeing a resurgence in Covid-19, after a 67 year old woman working at a Samut Sakhon fish market tested positive for the virus. Since then, the virus has spread to 45 other provinces in just 13 days, with active cases in the Kingdom now surpassing 2,100. Most of the cases linked to the Samut Sakhon fish market have been found in migrant workers.

Opas Karnkawinpong from the Department of Disease Control says workers at the centre of the outbreak are being detained and categorised based on their level of immunity. He says those who have had the virus and are displaying immunity are being accommodated in a separate building and will be given certificates to confirm they are free from infection. However, their health will continue to be monitored.

Other workers who have had the virus but are not yet showing immunity will be housed in another building. Workers who did not test positive for Covid-19 will be accommodated in another zone. It’s understood that blood tests carried out on those who’ve had the virus show many have developed immunity. Opas points out that asymptomatic patients cannot transmit the virus after 8 days of infection.

Meanwhile, the Health Ministry says it’s likely more cases will be reported over the coming 14 days, as a result of New Year holiday travel.