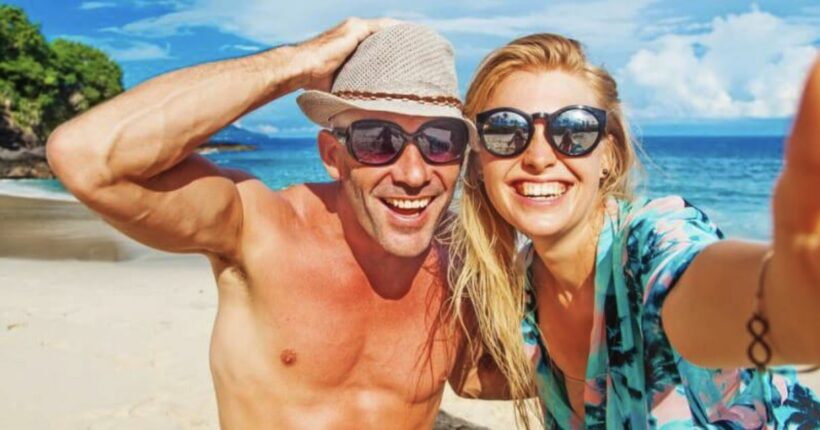 As Thailand starts to poke its head out over the Covid-19 parapet and look towards its travel future, there is at least one country that won’t be lining up at Thai immigration any time soon.

Australians, an enduring stalwart of Thai tourism traffic, are banned from leaving the shores of the land downunder for at least another 3 months. The travel ban came in on March 18 preventing Australians from heading overseas and was initially a three month ban as the country stepped up efforts to control the local Covid-19 pandemic. The extended blanket ban now forbids Australians to fly out of the country until September 17.

Between 500-800,000 Australians have travelled to Thailand every year over the past decade.

However, exceptions are soon likely to be made for New Zealand travellers and other countries that have the virus under control in a bid to get at least some tourists returning along with international business travel.

But Australia’s tourism operators and potential travellers are becoming increasingly frustrated as the date for the return to quarantine-free travel between Australia and New Zealand keeps getting pushed down the road.

Australian PM Scott Morrison and his New Zealand counterpart Jacinda Ardern flagged the possibility of creating a “trans-Tasman travel bubble” (the Tasman Sea separates the two countries). However, a launch of the bubble is being held back, partly due to interstate travel restrictions remaining within Australia.

New Zealand Foreign Minister Winston Peters said the establishment of a travel bubble between the two southern nations is waiting for the Australia’s poorest performing state (in regards to control of Covid-19).

“Let’s not restrain the movement between our two countries based on the slowest state in Australia.”

Australians and New Zealanders typically spend billions of dollars in cross-country trade and travel every year, and with New Zealand’s economy forecast to contract by around 9% in 2020, Wellington is especially keen to re-establish flights between the two.

Australia’s Health Department says the extension of the travel ban is to “ensure the Australian government continues to have an appropriate range of powers available to manage the ongoing pandemic ­response”.

“The outgoing travel restriction on Australian citizens and permanent residents is currently in effect for the duration of the emergency period.”

“Amending these restrictions, for example to enable travel to New Zealand, is a decision for both governments that will be made in due course, when the public health risk is ­assessed as being sufficiently safe.”

The Australian government has refused to set a date for the blanket travel ban to end and has on several occasions implied it will last the rest of 2020.

Australia, mostly, has the coronavirus under control, but the world situation is still in a growth phase with the number of new cases now starting to accelerate again, particularly in the new hotspots of Brazil, Russia and India. In the US, the country is still submerged in a battle between re-opening its economy and the needs of public health. Fresh spikes in California, Florida and Texas are causing new headaches for the state governors.

Australia’s borders have been shut to all international arrivals except for citizens and permanent residents since March 20. Anyone allowed to enter Australia, including repatriates on specially organised charter flights, are required to stay in hotel quaratine for 14 days. The Australian government pays for the quarantine.