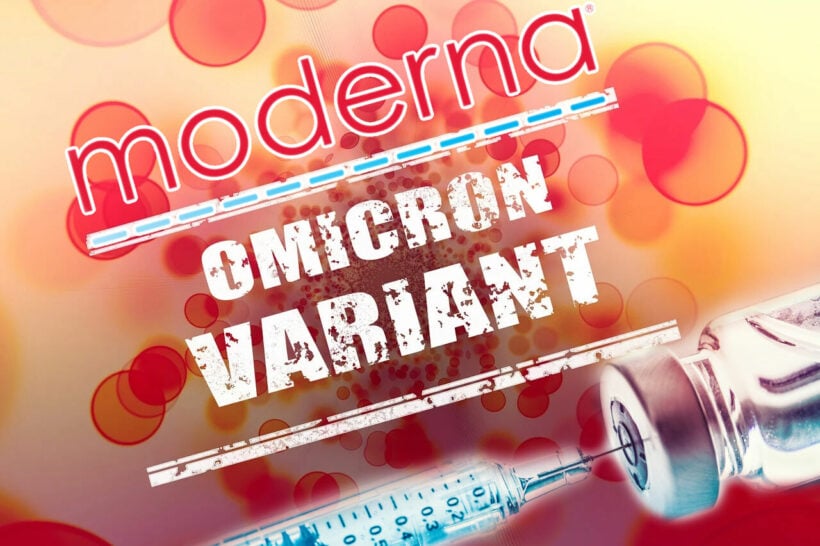 PHOTO: Moderna is likely not effective against Omicron. (via Pixabay)

The head of American vaccine maker Moderna said in an interview with Financial Times that their vaccine may not be strongly effective against the new Omicron variant. Stephane Bancel said in an interview published yesterday that it will take months to develop a new version of the vaccine that is tested and confirmed to be effective against the new strain of Covid-19 that is causing a global panic.

Omicron is still so new that solid data is not yet available, so there is some hope that the new variant won’t be as vaccine resistant, severe, or transmissible as many fear, but Moderna’s head said that scientists he’s been in contact with are not holding their breath and expecting good news about it.

While the World Health Organisation had earlier discouraged rash banning of flights and countries, they most recently stated that the Omicron variant is very high risk. G7 health ministers have also convened emergency meetings to discuss the new variant and how best to move forward and respond to the outbreak now found in countries around the world, with Singapore recently joining the list.

Many countries have grounded flights and banned travel from certain countries, while some such as Japan have closed their borders altogether. Politicians have frequently tried to strike a calming tone, with US President Joe Biden saying Monday that Omicron is “not cause for a panic,” and Thailand’s Public Health Ministry assuring they are monitoring the variant and people should continue to observe existing disease prevention measures.

But the Moderna head spoke more frankly, forecasting a “material drop” in effectiveness for their vaccine against the Omicron variant. He explained that an alarming facet of the new variant is that of the 50 mutations identified, 32 of them are on the spike protein, which is what vaccines target to effectively strengthen immune systems against Covid-19, meaning that the mutations could damage and weaken the efficacy of the vaccine.

He announced that Moderna – like Pfizer recently announced – is already working on an updated vaccine to target Omicron, but warns that it could be a mistake to shift all production to that vaccine since other strains like the Delta variant are still predominant in the world.

The Moderna leader did predict that the company is capable of producing between 2 and 3 billion vaccines in 2022.

mickkotlarski
2 minutes ago, HiuMak said: Moderna is having a different theory to Pfizer. Who is correct? For now both are still theories. Let them debate as it will be more stimulus for research. Not only to combat the virus but…
Prosaap
Scared people buy more
Jason
Ok...there are about 220 people in the world so far that have Omicron (which sounds like a transformer toy). They have only just worked out the genomic sequence of this strain to be able to identify it! Then it's being…
kalyan
we are doomed, slowly we are become ginny pigs, this guys are daily detecting new forms of killers, we need to get injected with the same killers ( active and inactive). there is no guarantee we stop with O Micron,…