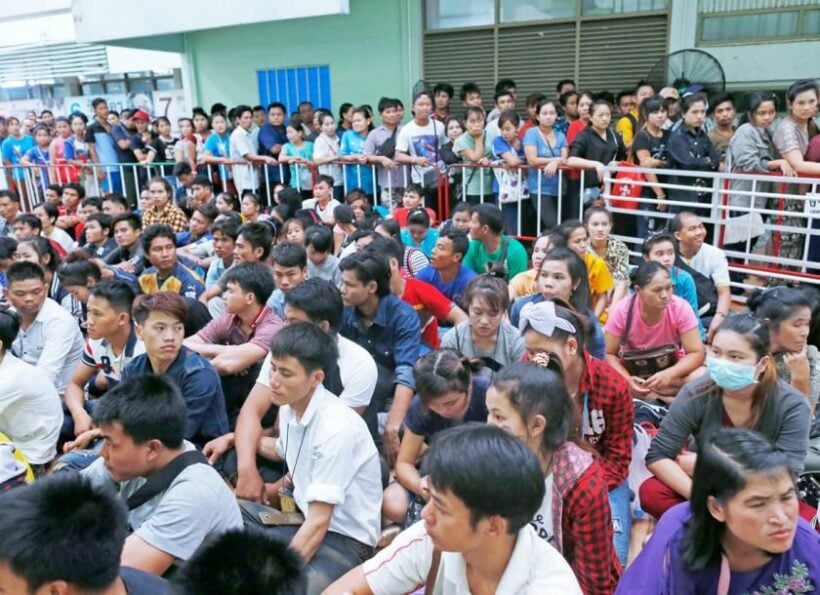 The director-general of Thailand’s labour department has met with Myanmar’s Ambassador Myo Myint Than to discuss how Thailand can manage the country’s migrant workers during the Covid-19 pandemic. The government wants Burmese migrant workers to stay in Thailand rather than return to their homeland during the crisis.

Suchart Phonchaiwisetkun explained that many workers have demanded to be allowed to continue working in Thailand, and letting them return to Myanmar would not only risk spreading the virus but also cost money to transport them. let alone the loss in income.

He told the ambassador that allowing them to stay in Thailand, “would alleviate Thai businesses’ worries of a labour shortage.”

“Myanmar officials agreed to the preliminary principles, and want relevant agencies in Thailand and Myanmar to meet in a video conference. The Thai government is ready to support and facilitate Myanmar labourers who want to be hired.”

Around 1,500 migrant workers per day are reportedly shuffling back across the border, as Thai businesses remain shut down amid the virus crisis.