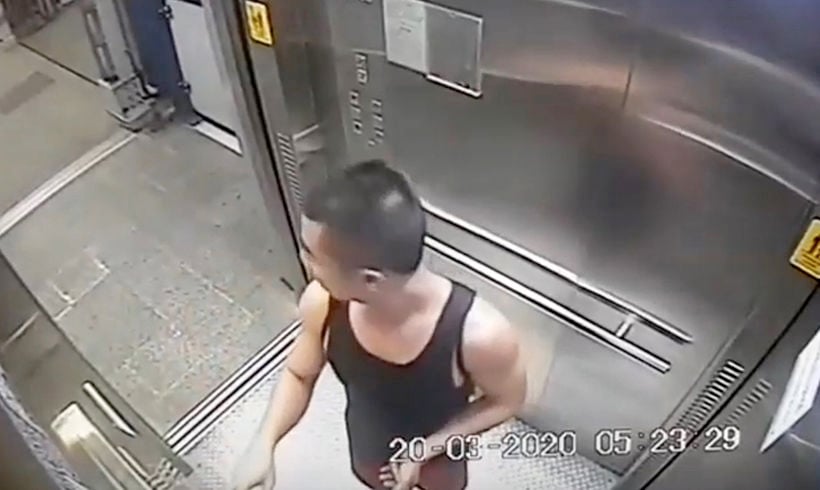 A 32 year old Thai man in Bangkok has been arrested after being captured on CCTV camera deliberately contaminating an elevator with his saliva and sweat. Bangkok Mass Transit System (BTS) staff told reporters the incident was captured on CCTV at 5:23am Friday.

Footage shows the man, with a shaved head and wearing a singlet and shorts, touching his tongue, then smearing the surface and handrails inside. He then touched his groin and again smeared the interior of the lift, including the buttons.

“We sprayed disinfectant inside the lift and nearby areas immediately after the incident.”

The station chief immediately ordered staff to clean and sanitise the surfaces and the entire station, and filed a complaint with police. He ordered security guards and BTS staff to intensify security measures to prevent a recurrence. 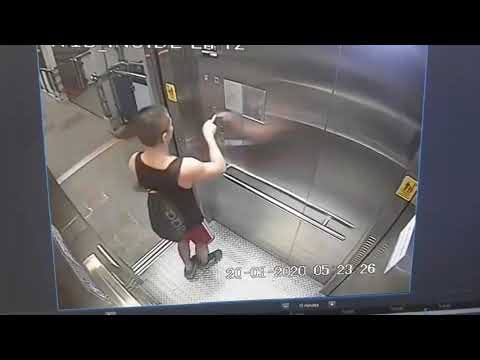 Passengers are also being asked to keep a lookout for such ludicrous behaviour.

The BTSsays they’re cleaning stations and trains more frequently, and all public touch points, including lift consoles and escalator handrails, are wiped down and cleaned every hour due to the rapid spread of Covid-19 coronavirus. The number of infected people across the country yesterday today stands at 411.

Police say if the man is found to be infected, he could face a jail term of up to a year and/or a fine up to 100,000 baht for intentionally spreading a dangerous communicable disease.

The BTS scare comes just a day after a Chinese traveller caused panic among passengers when she spat on a  bus. The 33 year old woman reportedly dropped her chewing gum on the floor and “spat into a tissue and dropped it” before changing seats.

Officials were called to speak to her after arriving at Saraburi bus terminal, but she walked away, turning up later at Hua Lamphong railway station. She was taken by police to hospital for coronavirus testing. At hospital, the woman reportedly became uncooperative and agitated, causing doctors to sedate her. Her test results came back negative.

Thailand closes many of its land borders