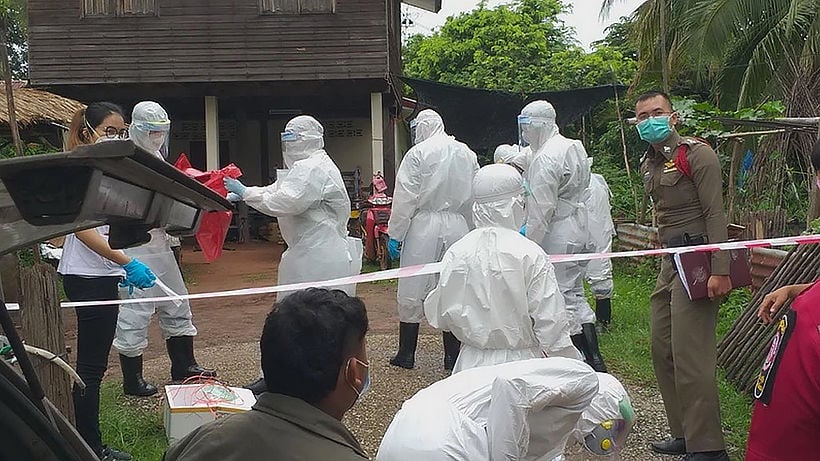 A Lao man who died of unknown causes yesterday while visiting his daughter in the northeastern Udon Thani province, prompting panic among locals, has tested negative for Covid-19. The cause of death has been determined as tuberculosis.

61 year old Khampoun Phimphadee, and his wife, who was not named, arrived in tambon Nong Mek of Nong Han district about 2 weeks ago to visit their 30 year old daughter, Dido, who has lived there with her Thai husband and their 2 children for about 10 years.

Dido says her father and mother travelled from Vientiane and crossed the into Thailand via the Mekong river.  A few days ago she noticed her father appeared unwell and had a cough. About 9am yesterday she and her mother returned from making merit at a temple and were told by neighbours that he had died.

She went to the house where her father stayed and found him dead on a bamboo bed in front of the house. The man had vomited blood, which could be seen spattered on the ground. She called police.

Authorities cordoned off the area. Health officials from Nong Han Hospital soon arrived in PPE suits to examine the body and collected samples for examination.

The Nong Han police chief said he has invited Dido, her mother and the owner of the house for questioning to establish through which border crossing the couple entered the country and whether the entry was legal. 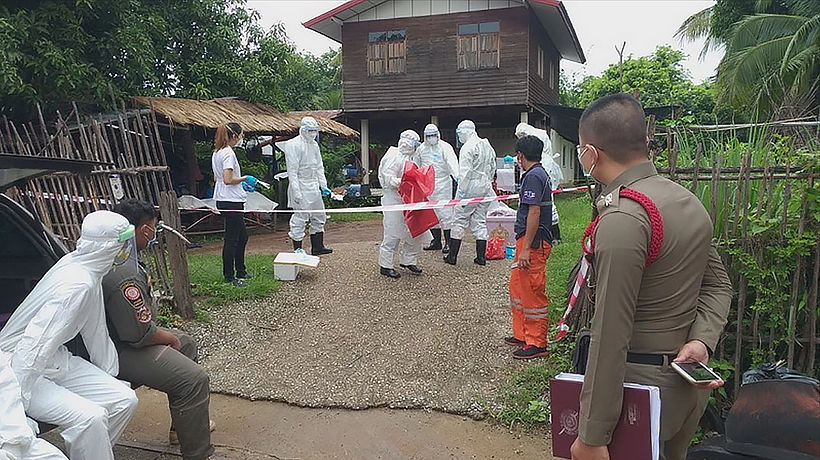 Medical tourists are permitted to come to Thailand at this time