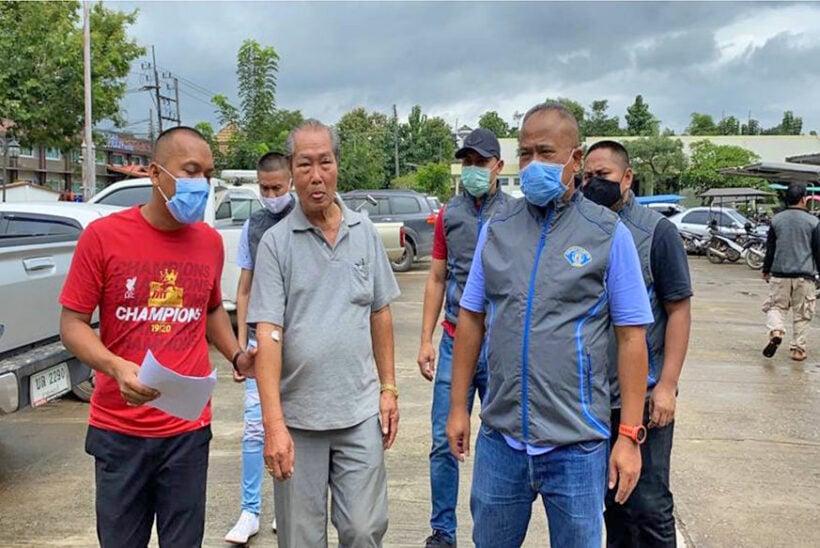 The prime suspect in a Surat Thani murder investigation has been arrested after 12 years on the run, in the western Kanchanaburi province. Police from the Crime Suppression Division arrested 77 year old Sakol Wichaidit today, in the parking lot in front of Sangkhlaburi Hospital. He was subseqently transferred to central district police station in Surat Thani.

The arrest follows a complaint filed in March 2008 by 48 year old Piyaporn Poonprasert with CSD police. She said her husband, Kriangkrai Choeypho, was shot dead during an argument with Sakol in front of their house in the Mongkolsit Housing Estate in Surat Thani’s central city district. The argument was about a debt. Sakol fled afterward.

Police say Sakol has confessed to the murder charge.