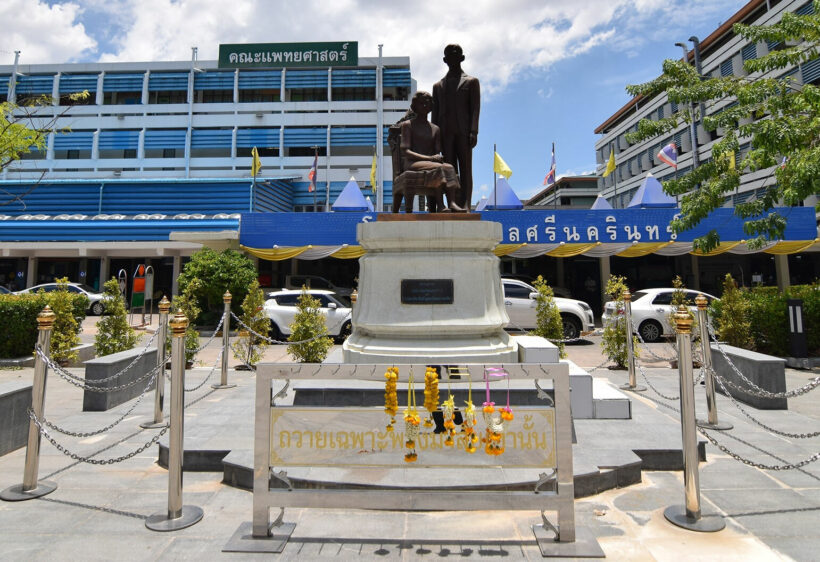 Health officials say 2 doctors who work at Khon Kaen University’s Srinagarind Hospital are now infected with Covid-19. The hospital is now responding to the situation by suspending the acceptance of new patients and postponing scheduled operations. According to the provincial public health office chief, the 2 doctors worked in the hospital’s Department of Surgery, Faculty of Medicine. All hospital staff and patients who may have been exposed by the doctors between March 22 and April have are being advised to be tested for the virus and self-quarantine.

The first doctor, a 26 year old man who is Khon Kaen’s 15th recorded Covid-19 infection, confirmed being infected with the virus on last Friday. He went to a restaurant, department store and also met with some patients and colleagues before he knew he was infected. The second doctor also was in close contact  with doctors, hospital workers, and patients and also travelled to Bangkok before knowing he was infected.

The 2 men had reportedly been in contact with an infected person at a concert they attended at a restaurant named Magenta, in Hugz Mall, on March 26th. As a result, the restaurant will undergo an inspection to see if proper Covid-19 prevention measures were being followed. After hearing the news of the Covid infection, the concert’s singer posted negative test results for herself on  Instagram.

Srinagarind Hospital representatives say they have stepped up their Covid-19 safety measures, including limiting medical services due to a reduced ability to provide assistance. Patients that had enough medicine were asked to reschedule any appointments from now until April 16. All non-emergency surgeries are delayed as well in order to give any urgent care patients a priority.

Despite these 2 new infections and various other clusters around the country, the Songkran holiday festivities, which is just 1 week away, are still scheduled to take place except for the ban on water-splashing.

Deputy PM says he doesn’t have Covid-19, despite rumours