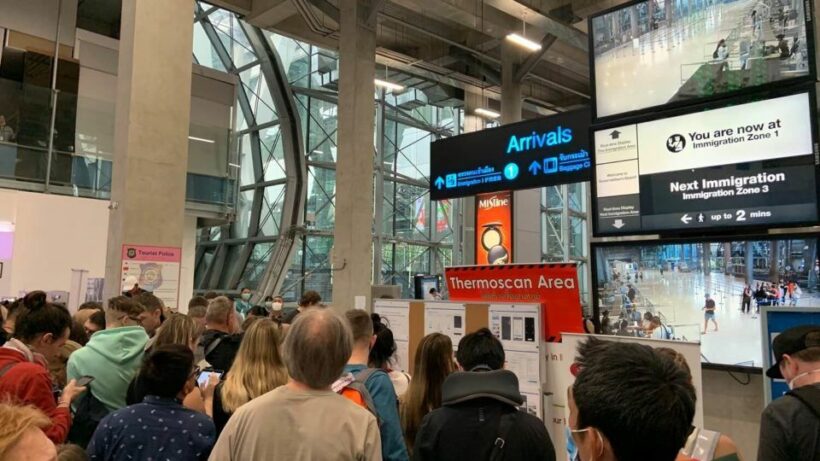 A local artist and art gallery owner in Phuket, Danai Ussama, better known as “Mr Zen”, was arrested at his home on the island this week, on the day before Thai PM Prayut Chan-o-cha announced a state of emergency would soon go into effect (which happened on Thursday, March 26).

The 42 year old street artist was arrested Monday afternoon and charged with committing a computer crime. Despite being under self-quarantine, officers flew Danai to Bangkok, where he was charged with violating the Computer-Related Crime Act for “putting into a computer system false data in a manner that is likely to cause panic in the public.”

Writing under the name Zen Wide on his Facebook page, Danai’s post was shared more than 10,000 times. It has since been removed.

The charge is based on a complaint against Airports of Thailand (AoT), which operates six international airports in Thailand. The March 16 post on the “Zen Wide” Facebook account said that upon return from Barcelona, he and other passengers didn’t encounter any Covid-19 coronavirus screening at Bangkok’s Suvarnabhumi Airport, an AoT managed airport.

AoT claims his post is not factual and caused public panic by misleading people into thinking that Suvarnabhumi Airport failed to effectively implement Covid-19 screening.

“The state of emergency, which came into effect yesterday, three days after the arrest, heightens concerns of greater repression of free speech.”

“Thai authorities seem intent on shutting down critical opinions from the media and general public about their response to the Covid-19 crisis. The Emergency Decree provides the government a free hand to censor free speech.”

Whistleblowers in the public health sector too, and online journalists have faced retaliatory lawsuits and intimidation from authorities after they criticised government response to the outbreak and reported alleged corruption related to hoarding of surgical masks and other supplies and black-market profiteering.

Concerns about government restrictions on free speech rose when the PM Prayut Chan-ocha declared the  state of emergency on Tuesday.