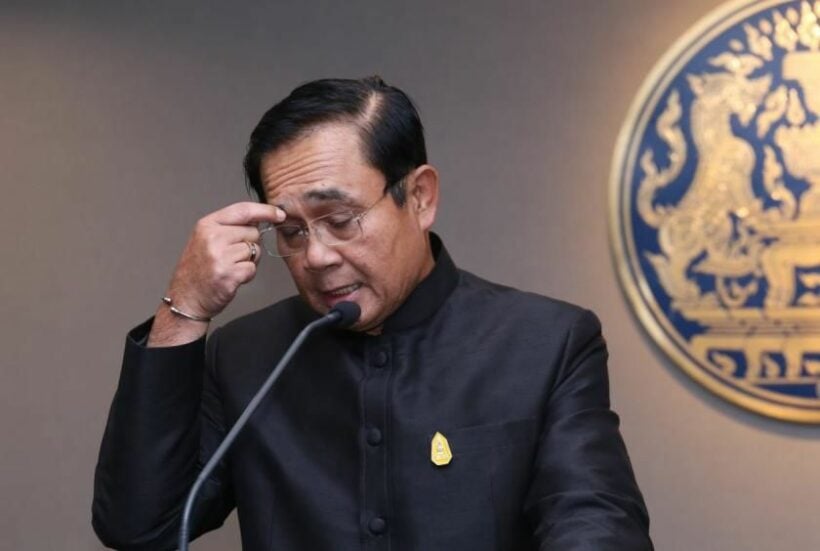 PM Prayut Chan-O-Cha formally asked the Thai Cabinet this afternoon for the declaration of a national emergency to help prevent the spread of the Covid-19 coronavirus in Thailand. The decree, which the Cabinet is currently discussing, will likely be enacted for a month. A decision is expected to be announced later today.

The decree would allow authorities to impose curfews, ban domestic travel and close any building without a warrant, and would give the government the ability to censor and shut down media if deemed necessary.

Proponents of the decree say it will help bring the situation under control, while critics fear the decree could be used to further the government’s power and limit individual rights.

Prayut proposed the enactment of the 2005 Royal Decree of Emergency Situation during today’s Cabinet meeting. If approved, the decree will be enacted from Thursday to April 30. A news conference is expected later this afternoon.