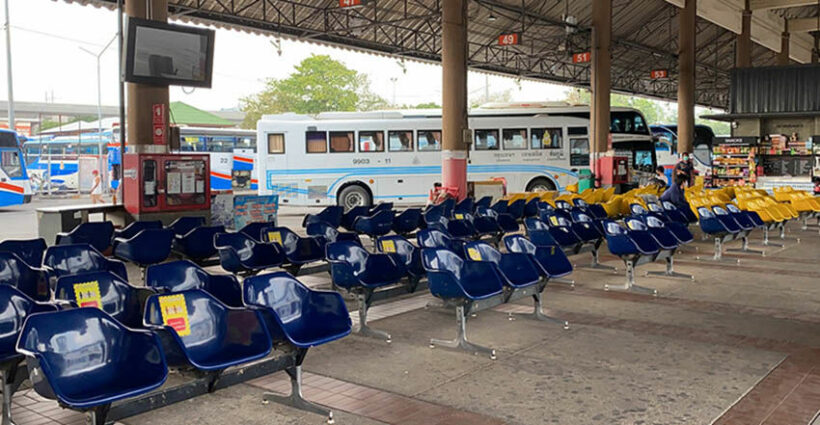 It’s a lot quieter at Bangkok’s Hua Lamphong train station and the Chatuchak bus terminal as Covid-19 restrictions take hold in the capital, leading some passengers to cancel their travel plans. PM Prayut Chan-o-cha has already urged people not to travel unless absolutely necessary.

Public transport stations in Bangkok have implemented strict hygiene measures, including socially-distanced seating and the mandatory wearing of face masks for both staff and passengers. Thailand finds itself in the grip of a second wave of the virus, after seemingly going several months without any community transmission. Yesterday, there were 155 new cases reported, only 10 of which are in arrivals from overseas.

Tough restrictions have been imposed in the worst-affected provinces, which include Bangkok, the central province of Samut Sakhon, where the outbreak began, and the eastern province of Rayong. In Bangkok, all entertainment venues have been closed until January 4. Bars and restaurants serving food and drinks are permitted to operate, provided they implement strict hygiene measures and close by midnight. Hostess bars, horseracing tracks, and cockfighting arenas are some of the establishments that have been hit with the temporary closure order.

The Health Ministry has predicted an inevitable rise in cases across the country as a result of inter-provincial New Year travel. As yet, the government has neither confirmed nor denied plans for a nationwide lockdown once the holiday period is over. The PM has said it will depend on the situation at the time, adding that he doesn’t believe things will get so bad as to require a second national lockdown.