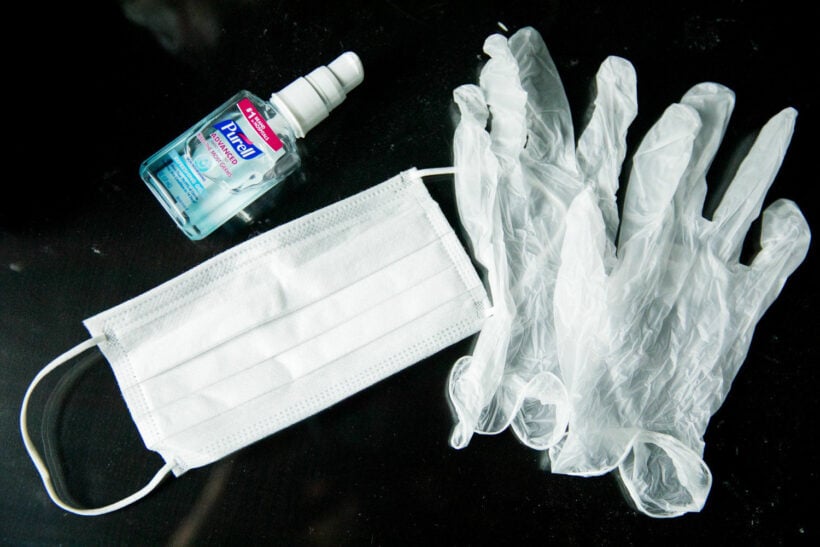 Face masks are now being required in 31 Thai provinces with a fine of 20,000 baht going to those who don’t wear them. Chiang Rai is one of the new provinces to be included in the list, but so far, Chiang Mai is being left out. As daily Covid-19 infections have reached an all-time high, it is only a matter of time when the whole nation will be required to wear face masks or face a fine.

Yesterday, Covid-19 infections hit over 50,000 with 121 deaths in the Kingdom, since the pandemic began. Now, health authorities are warning that there may be a shortage of hospital beds if the virus keeps spreading. The highest daily amount of infections was also reported yesterday, at 2,070, with 4 deaths being attributed to the virus.

Today, that number has risen even more as 2,839 new infections have been reported to the CCSA in the past 24 hours. 8 more deaths have also been reported. It’s also the highest number of deaths to be recorded in a single day as well. In the past month alone, there were 21,320 infections with the third wave proving to be the largest. Below, is a list of provinces that are currently requiring face masks to be worn when going outside. As the amount of Covid infections is rising, the list is surely to expand.

For those provinces not listed above, a fine of up to 4,000 baht can be levied against those who fail to wear masks in public, under the Communicable Disease Act. Police have stepped up monitoring the use of face masks in certain areas, with some even holding checkpoints on highways and roads to catch those not wearing masks. Recently, the police force was told to focus on house parties featuring large groups of people, as most restaurants are being forced to close by 9pm to sit-down patrons. All nightlife, entertainment venues, bars and clubs are being shut around the country, for red and orange zones for 2 weeks, from April 18.