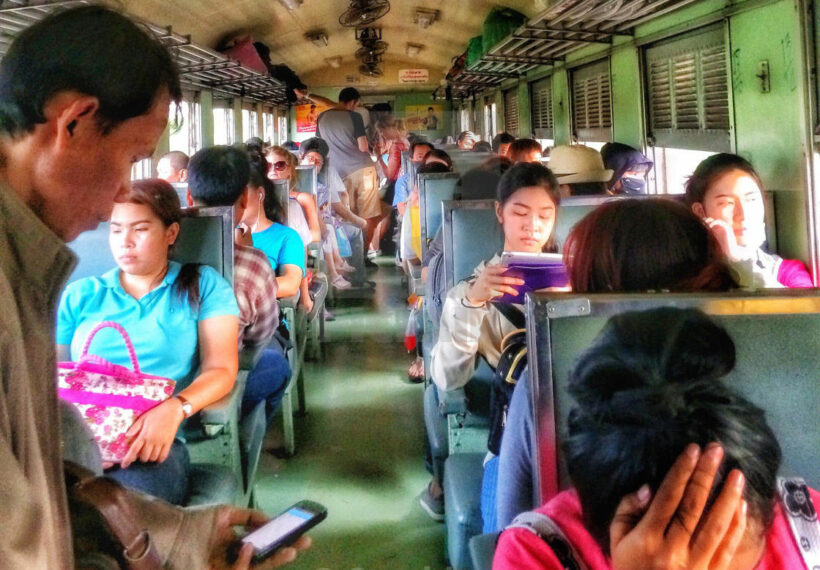 A train passenger found dead yesterday in the province of Prachuap Khiri Khan, about 240 kilometres south of Bangkok, has tested positive for Covid-19 coronavirus. The 57 year old man, who was not named, was found dead in front of a restroom after his train from Bangkok to Narathiwat in the far South stopped for a rest break, according to authorities.

The victim was diabetic and was returning from a trip to Pakistan. He was allowed to board the train on Monday after a guard measured his temperature at 36 degrees.

Despite finding no fever, the guard asked the passenger to rest before travelling as he was suffering from a headache and vomiting. The man refused.

Tests on the body at Songkhla hospital came back positive for Covid-19 today.

Eight personnel on the train were sent home for 14 days of self-quarantine whilst another 10 passengers were sent to the Public Health Ministry for testing and observation.

The train has been disinfected and cleaned thoroughly.