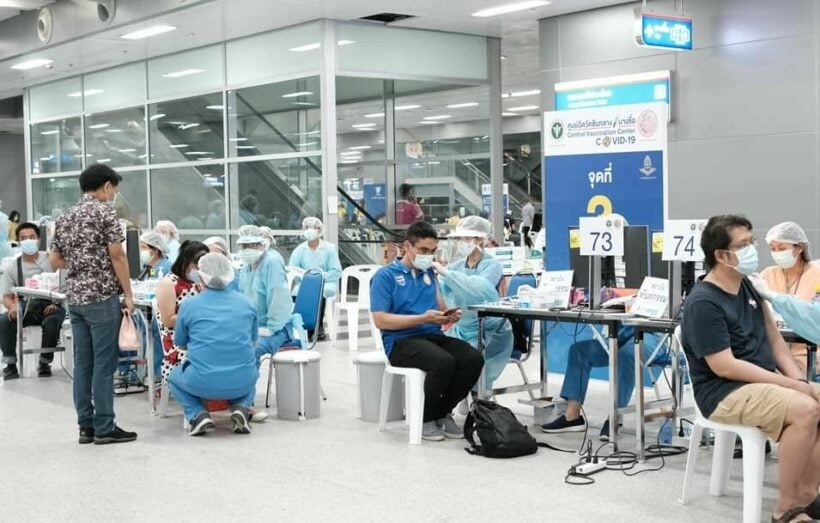 Just 6.7% of Thai residents are fully vaccinated against Covid-19, while over 23% have received their first dose. The figures were released by the Higher Education, Science, Research, and Innovation Ministry, according to a Nation Thailand report. The southern island of Phuket is the only province where the majority of people have been fully vaccinated. The island launched its quarantine-free re-opening to foreign tourists on July 1, which required most of the local population to be inoculated.

Nation Thailand reports that over 20 million vaccine doses have now been administered in the Kingdom, with the first 10 million administered in 124 days and the second 10 million taking just 36 days. 0.3% of the population has received a third – or booster – shot, most of them healthcare workers. The government has pledged that most of the 1.5 million Pfizer doses donated by the US will be reserved as boosters for frontline medical workers.

To date, Thailand has been heavily reliant on just 2 vaccine brands, with 48.77% of administered doses being the Chinese Sinovac and 43.95% being AstraZeneca. 7% of doses are Sinopharm, while just 0.28% of the doses administered are Pfizer. The highest number of vaccines administered was on August 5, with 670,000 doses rolled out.

Nearly 76% of Phuket residents have now been vaccinated, followed by Bangkok with over 70%, the eastern province of Rayong with 41.6%, and the southern province of Phang Nga, where just over 41% are vaccinated.

vlad
2 minutes ago, Poolie said: I dont understand. I doubt anybody does, quite frankly. Its Obvious Poolie inoculate the entire Population, lock down for six weeks to slow down the infection rate. Don't even think about allowing people into the…

oldcpu
35 minutes ago, vlad said: You just don't understand oldcpu so i will explain it again so you do understand. Even if I have 100% vaccination I can still get infected by Covid and I can Transmit it to others. Covid will…
vlad
14 minutes ago, oldcpu said: Thats 100% consistent with what I stated. IMHO herd immunity will NOT be reached - or if it can be I don't see how. There are a number of reasons for this ... Even if…

oldcpu
2 minutes ago, vlad said: Once you start thinking Animals are spreading the virus its time you joined the Covid corner thread. What part of the thread did you not read ffs i told you anyone vaccinated CAN still be infected. …