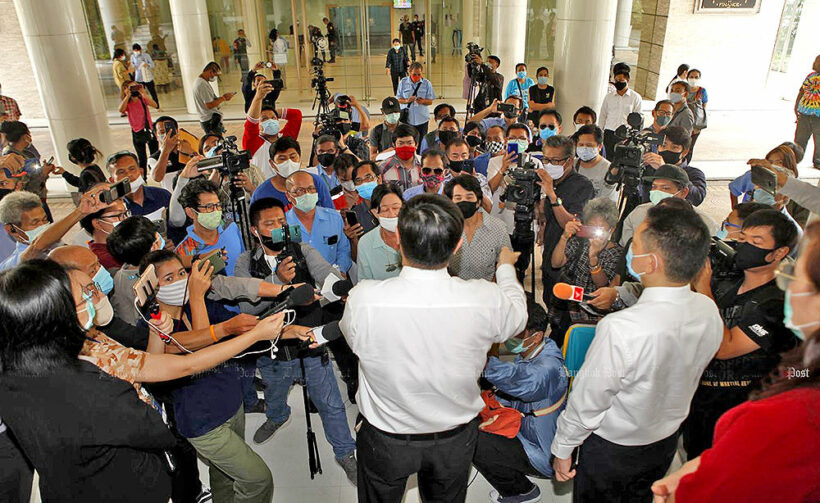 Only 9 million Thais have been considered eligible in the latest package rolled out by the Finance Ministry. About 27 million registered for the emergency aid program to provide 5,000 baht per month for at least three month. Now the two-thirds who were initially refused the package after initial computer screening are asking why and fronting up to the Finance Ministry offices for answers.

The screening process is ongoing but, as of yesterday, 27 million people have registered, 4.78 million have been formally disqualified and the ministry claims 2.4 million have already been sent the money. The ministry says it hopes to finish screening of the original applicants by the end of this week.

Eligible applicants were identified as Thais aged 18+ more who aren’t covered by the national Social Security Fund and been affected by the Coronavirus outbreak.

Another group of applicants facing problems are people who initially qualified but have not received the money.

People turned up yesterday demanding to speak to the Finance Minister Uttama Savanayana after their applications for the 5,000-baht financial aid were turned down.

Some of the people who have been turned down includes Thailand’s estimated 300,000 sex workers who don’t fit into any the government’s convenient criteria and lack paper work or formal employers. Many of the former sex workers in Thailand’s red light zones in Bangkok, Pattaya and Phuket have been forced to head back to their provinces, many others say they are destitute with no customers and no income. The ones who stayed in and around the bars they used to work say the bars are now shuttered and they’ve been kicked out.

The ministry’s permanent-secretary Prasong Poontanate drew the short straw and was sent out to address the concerns of the mob that turned up to answer questions on the steps of the Ministry offices.

“Those who received a text message saying they were not qualified can appeal.”

“Those whose registrations were turned down can appeal on the website next week. There’s no need to come to the ministry.”

“They must be employees or workers who were laid off or faced pay cuts, temporary workers, or self-employed people.”

“We used AI to match the registration data with existing government databases. For instance, when the system finds a person is in the Agriculture Ministry’s farmers database, his application is rejected.”

“Such problems will be sorted out when they appeal. The process could be done only at the website.”

The Thai finance ministry opened registrations for the aid on March 28 without setting deadline. The onslaught of web traffic to the site caused delays and problems for the following day. Originally the minister estimated 3 million people would qualify. But 27 million applicants was nine times the estimate. The ministry followed up by warning about legal consequences if people applied with false information about their circumstances. About 700,000 caComputer says noncelled their registrations following the warning.

Many people who were turned down have complained they were rejected because the system thinks they are farmers, which they insist they aren’t. Krungthai Bank explained farmers are not eligible for the aid because a separate package is in the pipeline to help the group. 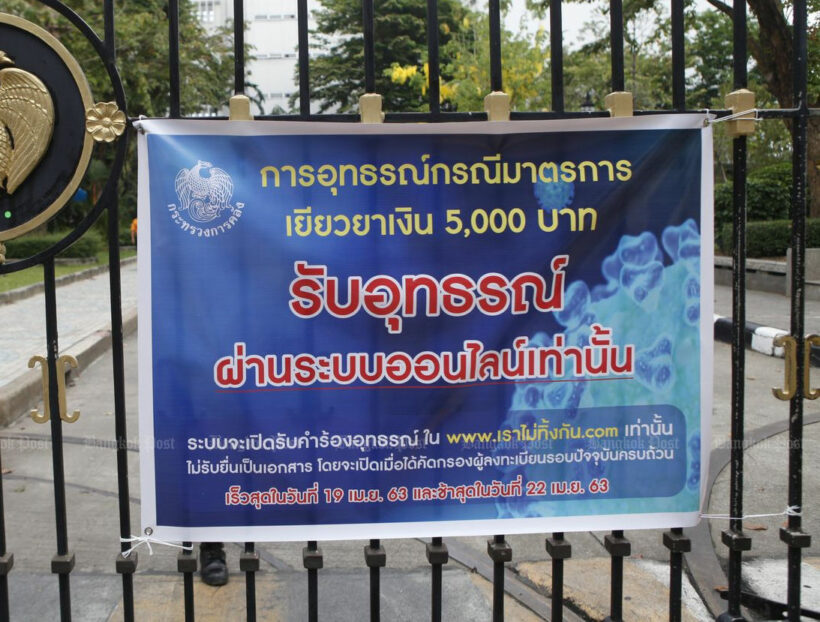 PHOTO: “Appeal can be filed only at the website after all existing applicants have been screened, from April 19 or April 22 at the latest” – Nutthawat Wicheanbut, Bangkok Post