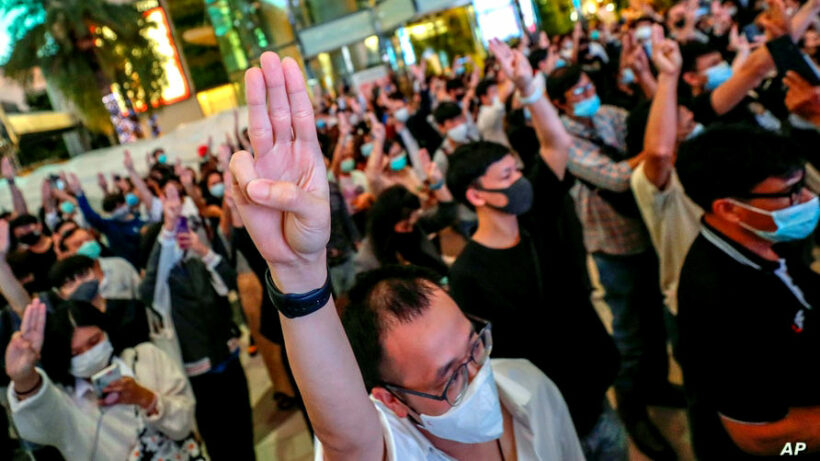 “Mob Fest” and “Bad Student” protest members staged the demonstration at Democracy Monument yesterday, where they wrapped a cloth with insults written on it, around the monument.

Pol Ma-Gen Piya Tavichai, the deputy commissioner of the Metropolitan Police Bureau, said that assault charges will be filed after one policeman was struck on the head by a flag pole and another was hit in the face by a hard object as they tried to prevent some of the protesters from breaking through a police cordon.

Other charges of a lesser degree, include illegal public assembly and desecrating a monument, which is categorised as an archaeological site.