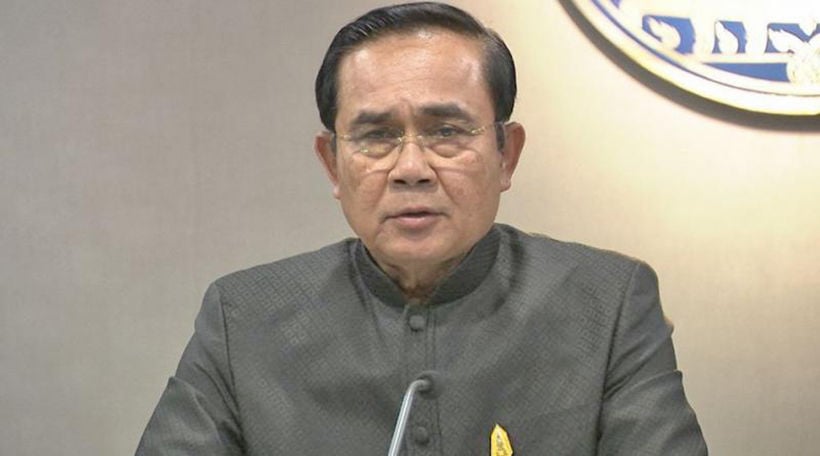 Since PM Prayut Chan-o-cha announced a 5,000 baht monthly handout for “informal” workers affected by the Covid-19 crisis, there has been conflicting information, extensions, denials and general confusion. And rejected Thais fronting up to the Finance Ministry and waving their bottoms at surprised ministry officials in protest.

Yesterday he offered a public apology for the government’s “miscommunication” and assured the nation that the government is doing its best to help all affected groups by providing them with the cash over the next 3 months. He added, however, that if the situation eases within that period and people can return to work, the handouts might not be necessary.

“Please feel relieved,” the PM said yesterday, explaining that he had no intention to cause misunderstanding, only to explain to the people about how the government secures funding.

On Wednesday he said that the government could only afford the first month’s payment of the 5,000 baht subsidy, and only for about 9 million of the 20 million people who applied, mostly freelancers, self-employed workers and small traders. For the 11 million workers covered by the social security scheme, between 200-300 billion baht from Social Security Fund will be used to fund the subsidy and, for the 17 million people in the farming sector, the funds will come from a phased 1 trillion baht loan.

The original announcement, part of a 117 billion baht stimulus package, was payments for 3 months, but this was later extended to 6 months, despite the overwhelming number of applicants, many of whom, it turns out, aren’t eligible for the aid, including the nation’s estimated 300,000 sex workers.

The PM repeated calls for all members of the public to observe the social distancing and the national curfew, to help reduce the number of new infections so the situation improves enough that some of the restrictions can be eased, perhaps as soon as the end of the month.

As news comes of the cabinet approving a special long-term tourist visa scheme, hoteliers are remaining skeptical about reopening due to the lack of clarity in the recent announcement, which will reportedly take effect next month. The president of the Thai Hotels Association’s southern chapter says more hoteliers will consider reopening if the government gives further information about the plan in terms of prospective markets, arrival dates, origin countries, and flights.

Such details would allow hotels to prepare themselves ahead of time to offer services as alternative state quarantine premises as at least 60 hotels in Phuket are awaiting approval to operate as such a facility.

Around 90 percent of Phuket hotels reportedly remain closed and are revising their plans on a monthly basis to ensure any future income will not fall behind operation costs. In Chon Buri, the Tourism Council says only half of the 200 registered hotels have reopened, with up to 20 hotels applying for ASQ certification.

Another issue keeps hoteliers on standby as most international flights are currently only operating at Bangkok’s Suvarnabhumi airport, giving foreigners entering Thailand limited options for undergoing a state quarantine. Apart from landing in the country’s capital, tourism-related agencies also have to find appropriate marketing campaigns that would target visitors willing to comply with the 14-day mandatory quarantine requirements upon arrival.

Areas outside of Bangkok will need special transportation allowances set up for those entering through Suvarnabhumi to be transferred to their end destinations without being exposed to large groups of people.

Otherwise, as seen in the North with only 30% of hotels having reopened-some with only a 10% occupancy rate, hoteliers await further details of the scheme which is reportedly set to run between October 2020 to November 2021. 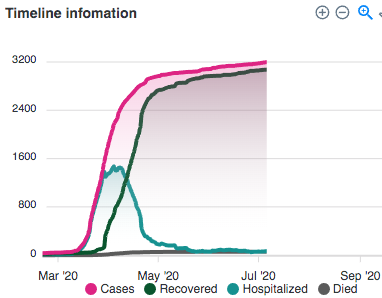 Over 73,000 Thai farmers are set to get much-needed aid after their appeals for financial help have been approved. The Bank for Agriculture and Agricultural Cooperatives (BAAC) says it will transfer the aid tomorrow, in the amount of 5,000 baht, to help with the Covid-19 economic fallout.

BAAC secretary Anan Suwanrat says the ministry’s appeal panel has approved 73,975 appeals out of 190,000- bringing the total number of farmers eligible for Covid-19 cash handouts to 7,596,747. He says 10,284 appeal requests are still being reviewed.

Of those rejected, he says the applicants have either already received financial aid from other relief schemes, were state officials, or were insured by the Social Security Fund.

The aid was initially approved at the end of April in the amount of 150 billion baht to help over 10 million farmers affected by the pandemic. Of those who were already approved, they are receiving a cash handout of 5,000 baht for 3 months starting in April, with the last handout set to be disbursed between July 15-22.

Thailand’s government has set aside the money to help farmers as part of its 1 trillion baht emergency loan scheme. It has also enlisted the help of the Royal Thai Airforce to help transport produce for the farmers who became unable to disburse their goods due to the pandemic’s lockdown and travel restrictions.