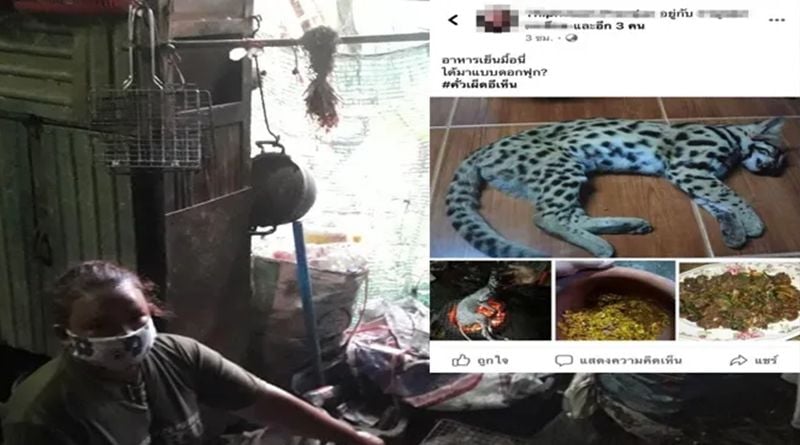 A disturbing Facebook post went viral this week depicting a woman grilling and eating a young leopard with a caption that read “Tonight’s dinner, fried spicy leopard. Did I get it by accident?”After the post saw wide-scale outrage, it was picked up by local NGO, Watchdog Thailand, who brought it to the attention of wildlife authorities. 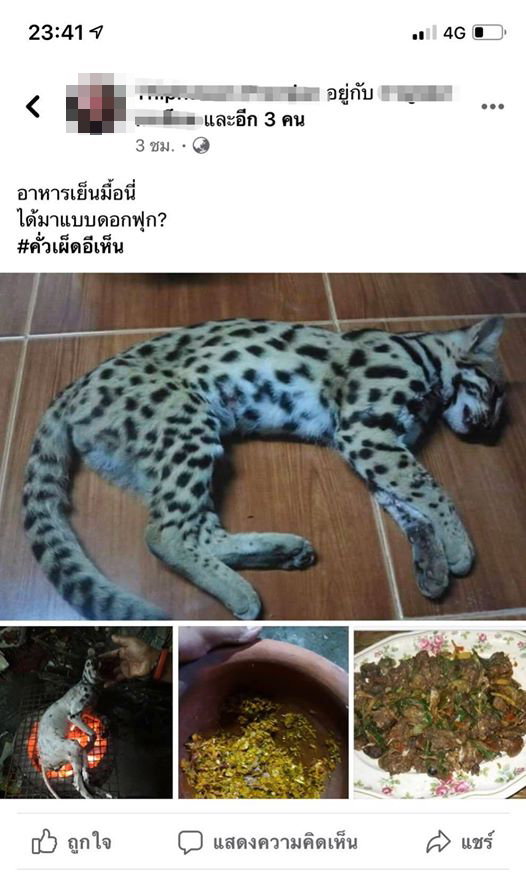 Leopards are a protected species in Thailand. Killing and eating them is a crime (just ask construction tycoon Premchai Karasutra). In response to the public outrage, the National Park Conservation Department says that “the Facebook user who posted pictures of a leopard being cooked and eaten this week has been identified”.

After an investigation narrowed the search down to 4 suspects, 2 are now believed to be involved. Eyewitness testimony from the suspect’s husband and a friend told investigators that they saw her cook and eat the young leopard and later watched as she removed the evidence from Facebook after her post brought too much attention. An arrest order has now been issued for the suspects who are from the deep south in the Betong District of Yala.