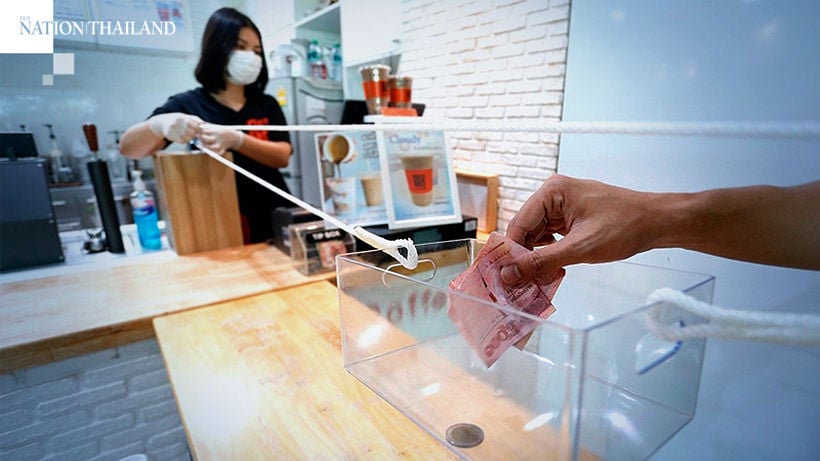 As the world’s new cases soar past 338,000 this morning (including 9,339 new cases announced in the US over the past 24 hours), Thailand is bracing itself for a wave of cases outside of Bangkok. Thailand’s Ministry of Public Health and the Department of Disease control confirmed 122 new cases of the Covid-19 coronavirus in their daily press briefing today (Monday). This brings Thailand’s total to 721 since the virus was first detected in January. 7 remain in critical condition.

• There are five confirmed Covid-19 cases in Songkhla while test results waiting for 13 other cases. Provincial GovernorJaruwat Kliangklao says that none of the current patients are in serious condition.

“Police have tightened screening on the Thai-Malaysia border checkpoint and are patrolling other areas to prevent smuggling of illegal migrants.”

• Another case was announced yesterday in Phuket, an Italian man aged 63, taking the current total to 14. Phuket province announced a confirmed 13 cases yesterday, but some, like 2 Chinese tourists, stretch back to February. Three of the other cases were from one Danish family.

• A Thai woman, who worked as head chef at a Thai restaurant in Washington DC in the US, died after contracting Covid-19. The woman died on Saturday, according to Cherdkiat Atthakorn, the spokesman for the Ministry of Foreign Affairs.

The death of the 66 year old was announced by the Royal Thai Embassy in Washington. She is the second Thai fatality from Covid-19, and the first to die outside Thailand.

• Somkiat Makayatorn, honorary president of Thai Rice Packers Association, has announced that the price of milled rice in Thailand, which is used as a raw material in packaged rice production, has risen to 15 baht per kilogram from 12.50 baht in early January. Regarding consumers hoarding packaged rice, he insisted that “Thailand will never face a rice shortage”.

• The Bank of Thailand is pledging to inject over 1 trillion baht to rescue the financial markets while the Ministry of Finance is promising additional economic relief to support people affected by the Covid-19 fallout. The BOT announced yesterday that it will allow banks to borrow money from it should investors make panic sales of investment units in bond mutual funds.

• India observed its first curfew on Sunday, with millions staying indoors and emerging only for a few minutes at 5 p.m. to ring bells and bang on steel plates. Metro lines and interstate passenger trains were shut down.

• The International Olympic Committee says it will decide within four weeks whether to delay or to scale down this year’s Olympic Games in Japan.

• The British government has announced the shutdown of pubs, restaurants and cinemas after refusing to do so for weeks. UK health officials are now asking “its most vulnerable populations”, including older populations and those with cancer or respiratory diseases, to stay home.

• Germany banned gatherings of more than two people, except for families, while also pivoting to a much looser budget plan, offering up more than $160 billion to help with the outbreak’s economic fallout. Chancellor Angela Merkel has now self-isolated after being treated by a doctor who was confirmed to have the virus.

• US companies Ford, General Motors and Tesla are now approved to produce ventilators, amid a critical nationwide shortage in the US. Medical authorities say they are now pivoting to identifying those who are the most sick.

• Gaza’s first 2 confirmed cases is heightening worries that the virus’s spread on the densely populated and impoverished coastal enclave could lead to a public health disaster.